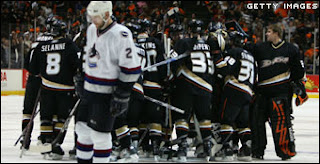 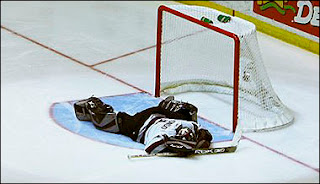 The media in Greater Vancouver is funny, all the hype and hoopla about the Canucks and we get a second round exit and clearly a lack of ability to score enough goals to win a championship. I largely do not buy the rebuilding argument that can be used almost every year. Once again and for the 36th season the Canucks are not champions, and they have only been to the final twice in 1982 and 1994. Besides being tired of how the NHL is run, I am also fed up with investing my time supporting and watching teams that just do not find a way to at least occasionally win championships. I am in favour of community spirit, but am under no obligation to spend hours over years of my life supporting and watching a team that just does not get the job done...period! Now the Canucks may get the job done soon, but let us not use the rebuilding defence, as once again this year they failed to be the best, or at least failed to be champions. They are a successful franchise, on and off the ice, but not an excellent franchise that delivers championships. I have also given up on the Toronto Maple Leafs for similar reasons, and they are in a much larger market and have underachieved in the era of expansion.

As much as in many ways Greater Vancouver is a nicer place to live in than Manchester, while I was in Manchester it was good to support two sports teams that regularly win championships. Manchester United and to a lesser extent Arsenal, win English titles, and United has won Europe twice. I had home membership for United and away for Arsenal (London), I also viewed Manchester City twice, to bring back that warm and fuzzy supporting a loser feeling that I had going to those Canuck games in the 1980's. I realize that only one team can be the Stanley Cup champion every year in hockey, but in sports in general, I refuse to support teams that do not have the intelligence and drive to figure out how to at least occasionally win championships. The Anaheim Ducks are a good team and have a chance this year, but my hope is that the Ottawa Senators can win the Stanley Cup and bring us a rare Canadian championship.
Posted by admin