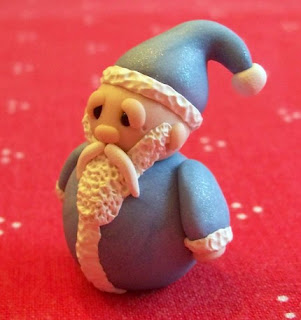 I suppose Blue Santa is an interesting marketing idea, and something different. Someone in this complex has a Blue Santa decoration outside their door.

Sometimes Santa just gets a little tired of wearing the same ol' red suit. So to spice things up, he throws on his sky blue outfit every once in a while!

I am not against Blue Santa at all, but commercialism and professional sports comes to mind. Blue Santa makes me think it is Santa's away/alternate uniform/kit (depending on where you live). If Blue Santa can catch on there is money to be made.

On the other hand, here are some pictures of Blue Santa performing charitable works off the web and so Blue Santa can be just as much of a benefit to society as Red Santa. Perhaps they are twins, or Santa just wears the away/alternate uniform/kit sometimes. 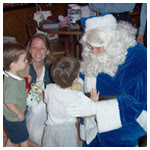 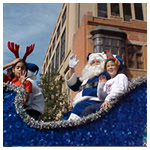 This time of year in the Northern Hemisphere, drivers can be faced with dangerous road conditions and dangerous drivers. These clips are entertaining but driving this time of year has me ponder on human mortality. It is so much easier in this world to destroy than create and traffic accidents demonstrate this well. Hebrews 9:27 comes to mind as it appointed for persons to die and after this comes judgment.

Icy Russian tunnel: One can turn the volume down as the crashes cannot be heard. I am not a fan of the song, but this video version is good and the other comparable versions featured a dance number or a song filled with the 'f' word.

December 23, 2007: A minivan crashes into Chicago's ABC7's State Street studio Sunday night during the live news. Cousin Ray, I hope you were not involved. I like the comment about the formerly cosy studio now having a draft. 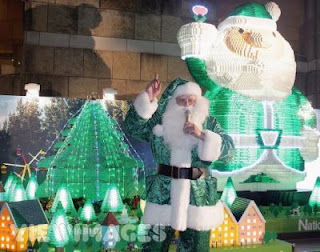 In the comments, Chucky has mentioned Green Santa, who is from Japan. 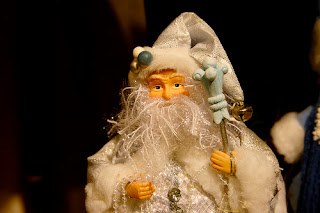 The traditional Red Santa, for contrast.

http://thekingpin68.blogspot.com/2007/12/original-sin-and-salvation-of-children.html
Posted by admin No comments:

I have not posted a football (soccer) article in quite awhile, and for the sake of mixing things up, here is a new one. I have previously discussed an idea for a video game which fuses martial arts and soccer. Sadly, I am not a computer programmer. Please look at the clip from the 1:06 mark on at least, for a two-footed slide tackle with studs showing. This led to a near instant red card. Was Liverpool striker Peter Crouch secretly auditioning for a role in a martial arts film in the off season? I must admit I was a little shocked when I first saw the clip on television.

Yesterday...I threw my common sense away

1. I provide two short clips from the Walter Martin website, and a clip from the album Satan is Real (1960) by the Louvin Brothers. Dr. Martin gives his opinion on a well known religious book often advertised on television. In the second clip, Dr. Martin confuses Williams and Simons! It is Menno Simons.

2. The song Bluebird from Wings is a pleasant tune that persons of all ages could potentially enjoy. This You Tube clip, apparently from 1976, has me grin because Paul McCartney states that the Minister of Justice in Japan will not let the band enter the country. I did not find the exact reason for this ban on the web, but the link below should assist in making a deduction. McCartney was in 1980 arrested in Japan for possession of marijuana. For such an intelligent musician it makes me wonder how four years after producing the Blue Bird video, he is arrested for carrying 219 grams of marijuana into Japan. He states concerning the 1980 incident, that he did not realize how strict the Japanese attitude to illegal drug use was, but it appears quite possible, that four years earlier he had been banned from entering the country for the same issue according to the article. The satirical lesson here could be that McCartney lacked the common sense to realize that if he was banned from entering Japan in 1976 because of illegal drug use that he would very likely be checked for drugs in 1980, and sure enough was checked and arrested. Could it be that the use of illegal drugs, such as marijuana altered his perception of reality and his use of common sense? Consider the video clip and written article presented as advertisements against the use of illegal drugs!

Proverbs 2:11-12 from the New American Standard Bible discusses the rewards of wisdom:

Discretion will guard you,
Understanding will watch over you,
To deliver you from the way of evil
From the man who speaks perverse things;

A way that I look at life, is that since human beings are already imperfect and limited in nature, one should not add to problems through the use of foreign substances for recreational use.

Yesterday...I threw my common sense away
And now the criminal record is here to stay
Oh, I believe in yesterday

Prior to the mishap in Japan, McCartney was busted three times for pot. He paid a $2000 fine for smuggling hashish into Sweden in 1972, was fined for pot possession in Scotland that same year and was fined $240 for growing pot on his Scottish highlands farm in 1973. His wife Linda was arrested in Los Angeles for pot possession in 1975, but the charges were dropped.

These busts had resulted in Japan denying McCartney admittance to the country on previous occasions but Japanese Immigration Bureau officials changed their minds after continual pressure from music promoters such as Udo Music, which eventually booked the Wings tour. McCartney's arrival in Tokyo was his first visit since a Beatles tour in '66, and Japanese police confirm that he was a marked man because of his past busts.

On January 16 McCartney was arrested by Japanese customs officials at Tokyo International Airport when they found two plastic bags in his suitcases containing 219 grams of marijuana (approximately 7.7 ounces).

"I didn't try to hide [the pot]," says McCartney. "I had just come from America and still had the American attitude that marijuana isn't that bad. I didn't realise just how strict the Japanese attitude is."

McCartney was taken in handcuffs to a government office while Japanese officials decided what action to take. There is no immediate bail in Japan. Customs officials quoted Paul's first admission of smuggling after five hours of questioning: "I brought some hemp for my smoking."

The next day, says Paul, "I was taken to the narcotics headquarters, handcuffed and a rope tied around me, led along like a dog." While McCartney was interrogated for six hours, 200 fans held a vigil outside the bureau, some weeping, others screaming "Paul! Paul!" Linda and other Wings members were also questioned but not charged. Narcotics officials say McCartney was "relaxed and cooperative," insisting to the narcs that he brought the pot into Japan for his own use.

After the interrogation, narcotics agents tried to return McCartney to jail but were forced back into the bureau by hundreds of screaming fans who blocked the way in a hysteria reminescent of early '60s Beatlemania. Riot police were called in to restore order, and McCartney was eventually taken away.

On January 18 the Tokyo District Court permitted the public prosecutor's office to detain McCartney for up to ten days for questioning.

Listen to the above if you need an energy boost...

http://thekingpin68.blogspot.com/2007/12/social-justice-biblical-wrong.html
Posted by admin No comments:

I dedicate this posting to Mom who has been sending me several emails concerning the secularisation of Christmas. Thanks, Mom. My thinking is that as long as our secular Western governments celebrate Christmas Day as an official holiday, governments, organizations and individuals in society should allow without protest the celebration of Christmas as a Christian holiday, and the celebration of Christmas as a secular holiday. If Christmas is deemed as discriminating against other religious or philosophical views by a government, organizations and individuals in a particular political jurisdiction, then a government could, I suppose, consider changing the name of the holiday to something other than Christmas. However, to me it is unreasonable for an entity or person to legally or otherwise, oppose the Christian aspects of Christmas being celebrated in secular Western society when the holiday is at its roots, Christian, but has also developed into a secular holiday. Let us use common sense. With the way human beings can be, there may be some forces within radical liberal Christianity that want to maintain the religious nature of Christmas, but remove the gospel message from it. Keeping Christmas a Christian and/or religious holiday is not necessarily maintaining it in a traditional Christian sense. 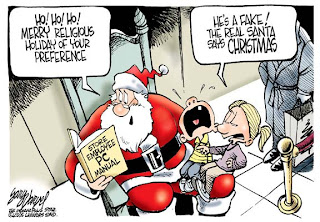 What if my preference is Christmas?

Spending less money and more time with family and friends is a good idea, perhaps.

Some of the 'Banners' need to be banned.

Or the radical liberals can keep baby Jesus and just redefine him for 21st Century consumption.

Or celebrate the birth of the Jesus of choice, if the Biblical one is too exclusive for you. 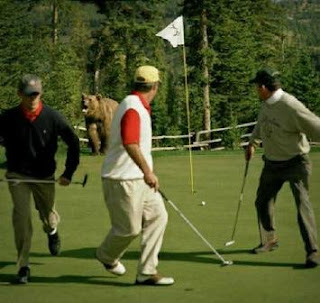 I have no idea if this took place during Christmas season, but in warmer climates some people like to play golf during the holidays. This picture is apparently not a fake. 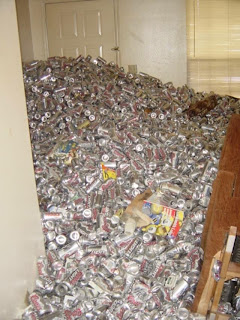 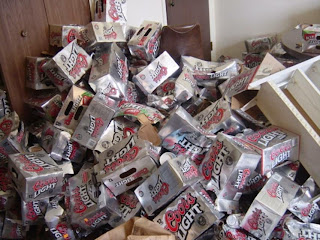 I rarely drink, but seasonal holiday drinking within these photos may have been understood as yearly holiday drinking. Perhaps for some involved, life in one long holiday. Isaiah 28:7 clause c describes men of Ephraim who are confused by wine, and stagger from strong drink. This seems relevant here. 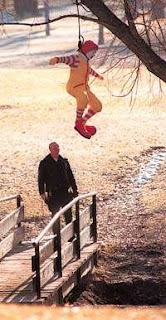 Will you take your kids to McDonalds this Christmas season? Not anymore, Ronald is dead by hanging. Did he kill himself after losing the Dairy Queen to the Burger King, or Wendy to Colonel Sanders? Seriously, I have nothing against McDonalds, and if they want to improve their public image they should look at producing healthier food and making it known to the public that this is taking place. Also, so many of their restaurants in the Lower Mainland are unclean. This could be fixed with some cleaning product.

http://www.snopes.com/photos/odd/ronald.asp
Posted by admin No comments: