A man's got to know his limitations 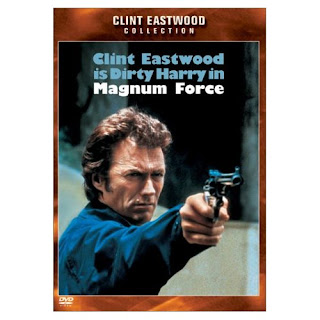 Magnum Force is one of my favourite all time movies.

One of the things I like about the Dirty Harry movie series is that although they purposely for the sake of dramatic effect, place Harry in violent situations, they also show the darkness of evil in the world. Harry not only beats up and kills criminals, but also at times becomes injured himself and the ugliness of crime is portrayed in an artistic and entertaining fashion. The following statement is one to live by. A man's got to know his limitations. Every person should be aware of limitations and realize that if these are ignored, terrible consequences could result.

I do not want to primarily trust in what God gives me, but need to trust in God. I am both limited and sinful, and God is neither of these. God wants neither a follower that has no significant free will and is a robot, nor one that is completely autonomous. But, in Scripture it is clear that from the Exodus 20 commandments and the great commandments of Matthew 22:34-46 and Mark 12:28-37 that God desires followers to follow him with at least some level of freedom. I theorize that human nature and consciousness does not choose to be as it is, but was created by God, and has been corrupt since the fall of humanity, which is a Biblical concept in Genesis 3. From consciousness and self-awareness, human beings would develop motives and desires, and eventually make limited free will choices. The primary cause of human acts is determined by God who creates the human nature, and influences human choices. The secondary cause of human acts is the individuals that act according to nature, consciousness, motives, desires, and a limited free will influenced by God. These human acts are not coerced or forced by God, and yet are willed by him.


The short ending of Magnum Force and the statement...
Posted by admin