I hope you like my new blog template, a twin of thekingpin68 template, but with different colours. If you do not like it, go ahead 'break my heart' and tell me in comments, if you care.

My Mom told me it makes no difference as far as content.

Within my short audio post I discuss my blogging rationale and philosophy, which includes perspectives on career, ministry and life.

It may be a bit controversial, but I am trying to be at peace with others, especially those in the Church, as much as possible.

I am not in any ongoing conflict!


This guy should drive in Vancouver.

I saw this classic on David's blog No More Darkness, thanks David.

Short audio presentation on crazy cults on my birthday 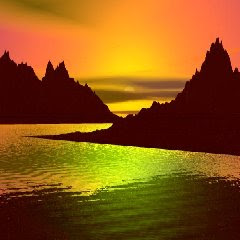 If you like it, he now has a second album as well.

The following is my short, serious and satirical presentation. I had to switch to a new online audio host as Shaw states I am over my storage limit. That is not much of a limit. Not even ten audio articles are hosted!

In my opinion audio storage, at least with MP3s, should be provided to some extent by Blogger. Audio presentation is an aspect of blogging.

I hope these work and please be patient. I finally had them work for me. They are not long.

You may have to turn up your volume. I tried to reasonably increase recording levels. 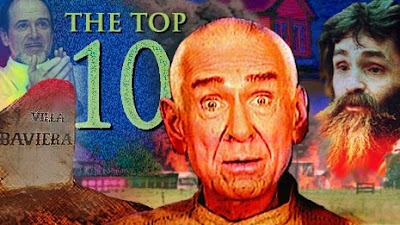 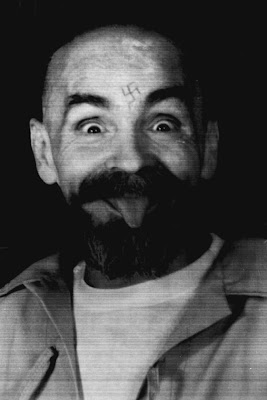 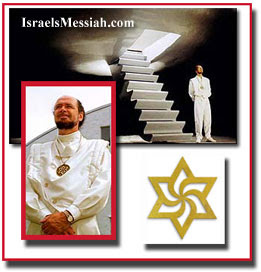 A more academic presentation from my other theology blog: 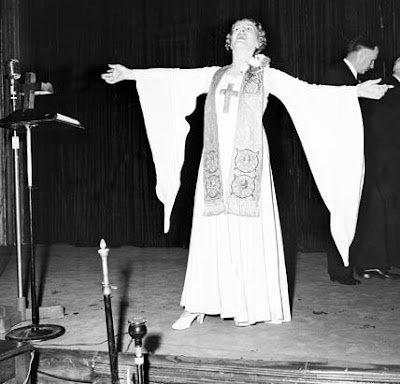 Aimee Semple McPherson, the founder of the Foursqaure Church. I am not stating she was cultic or her church was or is cultic. But to me her outfit was weird and over the top.

I realize the Foursquare Church is Christian.

I find this presentation too theatrical. My religious skepticism is ignited.

'Aimee Semple McPherson was the first famous Pentecostal evangelist, seeking publicity to broaden the audience for her religious message, using modern technology (including the automobile and radio) -- truly a pioneer in religious history. The Foursquare Gospel Church which she founded is now a movement with more than two million members around the world. But most people know her name mainly for an infamous kidnapping scandal.

Aimee Semple McPherson disappeared in May 1926. At first Aimee Semple McPherson was presumed drowned. When she reappeared she claimed to have been kidnapped. Many questioned the kidnapping story; gossip had her "shacked up" in a romantic "love nest," though a court case was dropped for lack of evidence...."

'In May 1926, Aimee Semple McPherson went for a swim in the ocean, accompanied by her secretary who stayed on the shore -- and Aimee disappeared. Her followers and her mother mourned her death while newspapers featured the continuing search and rumors of sightings -- until June 23, when Aimee reappeared in Mexico with a story of kidnapping and captivity a few days after her mother received a ransom note that threatened that Aimee would be sold into "white slavery" if the half million dollar ransom was not paid.

Kenneth G. Ormiston, who was a radio operator for the Temple, disappeared at the same time, leading to suspicion that she had not been kidnapped but had instead spent the month in a romantic hideaway. There had been gossip about her relationship with him before the disappearance, and his wife had moved back to Australia, claiming her husband was involved with McPherson. There were reports that a woman who looked like Aimee Semple McPherson had been seen in a resort town with Ormiston during McPherson's disappearance. Suspicion led to a grand jury investigation and charges of perjury and manufacturing evidence against McPherson and Ormiston, but the charges were dropped the next year without explanation.

Her ministry continued. If anything, her celebrity was greater. Within the church, there were some repercussions to the suspicions and scandal: Aimee's mother even split from her.

Aimee Semple McPherson married again in 1931. David Hutton, ten years her junior and a member of Angelus Temple, filed for divorce in 1933 and it was granted in 1934. Legal disputes and financial difficulty marked the next years of the church's history. McPherson continued to lead the church's many activities, including her radio talks and her preaching, and the financial difficulties were largely overcome by the 1940s.

In 1944, Aimee Semple McPherson died of an overdose of sedatives. The overdose was pronounced accidental, complicated by kidney problems, though many suspected suicide.' 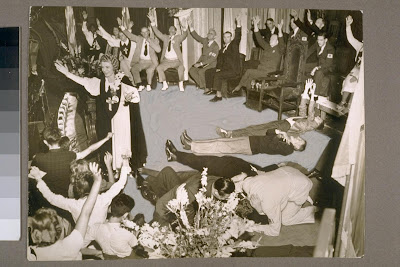 Okay, I realize that this is extremely subjective, but here are two instrumental tracks that make me think of cults when I hear them.

Well, with Bakerman I originally heard it in the context of a YouTube video mocking Benny Hinn, and now when I hear it I think of religions such a the Latter-Day Saints and the Jehovah's Witnesses that have been historically trying to please God through good works and religious practice and have some fancy buildings.

With Cosmic Strut, it is from Mahavishnu Orchestra and makes me think of certain followers of Eastern religions trying to jump around in order to better know God.

Now perhaps because this is so subjective you will completely or largely disagree with my interpretations of these fine instrumentals. Fine.:) Notice there are no citations here...this is all very debatable.;)