The foolishness of men 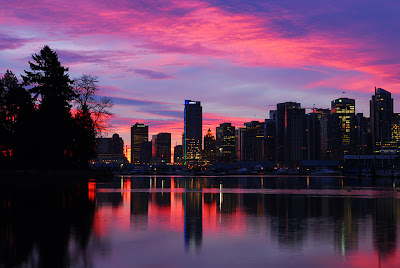 The foolishness of men

I was in Langley yesterday having part 2 of 3 dentistry work completed. This was a flap approach osteoplast for $995 and 20 minutes of work. In 2000 a friend and I were attacked by a group in downtown Manchester (by the McDonalds and old Arndale Centre for those who know the area). I was fighting three guys and they became frustrated that they were losing and one of them threw a bottle at me as two others were punching me. Despite how well I did in the fight I think I should have fought more offensively, but I fought defensively enough to win and not get stabbed. Many punks in England carry a knife or a screwdriver. In hindsight to avoid getting bottled I should have tried to pound on one of them and take the risk of getting stabbed in the back or side, but either way it was a tough situation. Anyway from the thrown bottle my nose was broken as were my two front teeth. The nose and teeth were fixed in England but not sufficiently. As I found out later, my broken nose lead to me having three-stage sleep apnea, as I was born with two stages. My health deteriorated up until 2006 when two stages were fixed. I probably would have had my life eventually shortened without the two surgeries as I would go 45 seconds without breathing, 20-30 times in 1.5 hours while sleeping. I would occasionally wake up in the middle of the night gasping for air.

The dental surgeon yesterday gave me plenty of freezing and then went to the next room where I could overhear the conversation. An older gentlemen came in and was telling the doctor that his tooth had suddenly flared up and this was after taking the pills the doctor gave him last time he was in. The doctor said some along the lines of "well don’t chew the pills” and I started to laugh. In fact I was laughing when the doctor and his assistant came back to work on me and while he was cutting my gums I was still laughing as were the doctor and his assistant. The doctor stated something along the lines that men were foolish and they often take pills without water or a drink. I admitted that I sometimes did this but preferred not to. He stated that taking pills without water or a drink was some kind of male macho thing to do, and we all laughed. He then informed me that taking pills without water could lead to wearing down of the esophagus. I want to be macho, but smart macho, not dumb macho.:)

The dentist told me not to “chomp down a burger” for two weeks. I stated that it was a good thing that I mainly ate with my side teeth. He laughed, and said that I could cut it up. Two weeks without a burger, no way!
Posted by admin