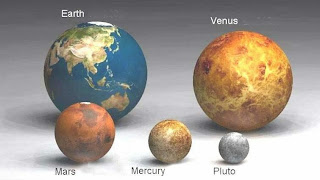 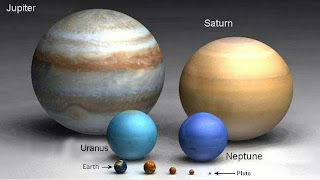 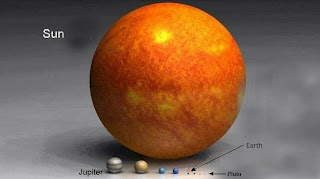 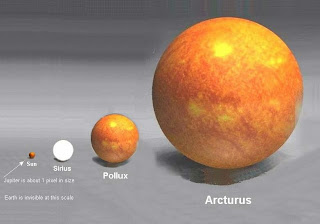 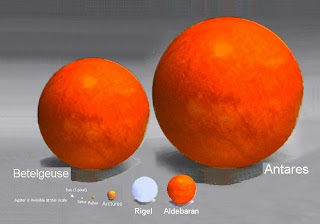 From a traditional Biblical perspective, God is beyond these incredible stars and planets, and is the creator. I am amazed how large our Earth seems, and how much larger our Sun is than the Earth. Amazingly, Antares is far larger than our Sun. It seems unlikely to me that naturalism alone could account for the alignment of the universe in a way that human beings can exist.

I wrote an article on First Cause here:

Genesis 1:1: In the beginning God created the heavens and the earth. New American Standard Bible (1984: 1).

From my Infinite article of thekingpin68, an edited version:

I would state that if God's nature can be changed and develop within time, then he is not infinite, but rather the most advanced finite being in existence. A finite being that is beyond matter, perhaps. I reject process theology's notion of a finite God, for at least the following reasons.

1. If God is merely finite, then we have a problem of determining the first cause. If God is not infinite then he cannot posses any infinite attributes, and this would prohibit God from being eternal. To be eternal would mean that one has unlimited life. If God is not eternal, then how did God come to exist? If there was a God that created God and so on, we have the problem of vicious regress in which we are stuck with an infinite regressions of Gods, and never the first cause, who would be the infinite God. If it is suggested at some point the regression ends, why cannot we simply reject the vicious regress and state that the Biblical God could be the first cause? To state that God simply came to exist from nothing does not seem reasonable, and the suggestion answers nothing.

2. Many scientists and scholars reason that the universe is 15-20 billion years old, and believe in a 'Big Bang Theory'. Accepting this scientific theory as plausible, by that model, the universe in agreement with the Bible, is not eternal. Billions of years is more time than any of us can comprehend and may be considered perhaps from a human perspective, virtual eternity, but is not actual eternity, and therefore is not infinite. Since God created matter in Genesis, Chapter 1, it is clear that nothing within the material, physical realm existed prior to creation. This would leave us with God, and perhaps the angelic beings prior to the existence of matter. It can be deduced that angels cannot be infinite in nature, because if they were limitless in nature they would themselves be God. We cannot have two or more limitless beings by definition as they simply would be an aspect of one infinite, eternal God of one substance.

3. Millard J. Erickson discusses the Scriptural concept of God's existence in contrast to that of his creation. In Acts 17: 24-25 it states that God does not dwell physically, but is the creator of everything. Erickson notes that God is called the first and last in Isaiah 44: 6, and the Alpha and Omega in Revelation 1:8, 21:6, and 22:13. The idea being shown here is that God has always existed and will always exist. Erickson (1994: 273-274). As pointed out previously, before the creation of matter and the angels nothing else would have existed. There is also the idea put across in Scripture that God is immutable and does not change in his nature. Malachi 3:6 states that the Lord does not change and Erickson views this as referring to God’s nature and attributes.

It can be stated here that the God of the Bible is not pantheistic as the creator is totally independent in nature from his creation. Erickson (1994: 303). God existed before the creation of matter as a purely spiritual being, and was not dependent on matter or anything other than himself for existence. God is not equal to his creation or matter, he is beyond it. God is also not to be considered in a panentheistic context as although the creator does sustain all of his creation through his power he is not the vital force within all he creates. Erickson (1994: 307). God in pantheism may be considered to be equal with a tree. God in panentheism may be considered beyond the tree, but the vital force within it, where as in my view a traditional Christian understanding would be that God is beyond a tree and sustains it, but is not the vital force within it. If God is the vital force within a tree, it could be argued that the tree’s essence is infinite and eternal and I think that this would be error. In contrast I think that God sustains and energizes all of his creation while allowing it existence separate from his own. The tree remains finite although it is sustained by God. When the tree dies so does its essence.

I think that my three points offer solid reasons to conclude that the God of Christianity and the Bible is infinite and not finite in nature.