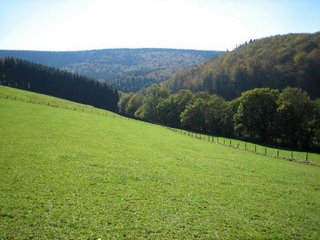 The photo from Germany pretty much represents the soccer pitch in the match. The field decline favoured Germany. The highlights were classic.

I can understand UEFA wanting all European countries and UEFA members to participate in Euro 2008 qualifying, but in my opinion certain countries with small populations should be excluded. It seems pointless for certain national teams to beat on a clearly inferior opponents.
Posted by admin