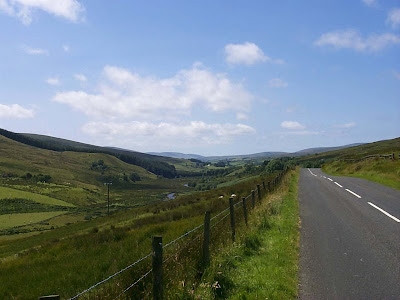 I have described and discussed deism on thekingpin68 blog previously.

My recent thoughts on deism relate to the following comment cited in my own words from Wainwright.

Most deists reject revelation as fiction, but many reason that God has ordained that human happiness is possible through natural means that are universally available. Wainwright (1996: 188).

Even if Christian revelation via the New Testament and Hebrew Bible is abandoned by a critic, it can still be reasoned that God existed prior to finite time and matter. God is infinite. Reasonably, all of God's attributes are infinite, and therefore God has unlimited life as eternal, unlimited power as omnipotent, unlimited knowledge as omniscient and unlimited goodness and is perfectly holy.

Now, I reason this rules out the notion of God being evil at all, even if one abandons the Bible. If God was both infinitely good and infinitely evil, this would make God a contradictory being, as evil would be contrary and opposite of good. I therefore conclude that whatever, if any, evil occurs is used by God for the greater good. This could be concluded philosophically, even without the use of Scripture.

Even abandoning the Biblical concept of sin, it seems as clear as day philosophically that all persons are morally corrupt and imperfect. Also, all persons eventually die and suffer prior to death. Under a deistic model where God does not reveal himself directly and provides no means of salvation, it seems reasonable and likely that human happiness at best is limited and would cease.

Why under a deistic system should one expect everlasting life from a God that has not revealed himself, and as the first cause has willingly allowed his creations to suffer and die?

His creations would not be worthy of being in his direct presence everlastingly, as even without a concept of sin, philosophically, human beings are corrupt and evil and God is not. Under deism there seems to be no way to close the gap between imperfect humanity and perfect God, and no very good evidence that God is interested in this concept.

If I was a deist, with what I know presently, I certainly would continue to seek God and ask for his best forever, but as I, like all persons are under the curse of suffering and death, I would see no solid philosophical reason within philosophical deism itself to expect anything other than eventual death, and would not have anything other than unsubstantiated hopes for a seemingly disinterested God to extend my life post-mortem.

In all this there is no very good answer to what many perceive as the problem of evil. Why under deism does the perfectly good and holy God create human beings and then abandon all of them in ultimate death?

Perhaps as with plant death for the sake of food and the environment, human suffering and death would and should be considered a good thing within a deistic concept. God would therefore not have a desire to provide any person with everlasting life.

However, within a Christian worldview the problem of evil is viewed as something willed and allowed by the infinite God for the greater good, with the atoning and resurrection work applied to believers within a culminated Kingdom of God as the ultimate remedy for humanity.

I seriously doubt a long lasting, everlasting happiness is available by natural means, and/or from God with a deistic approach. 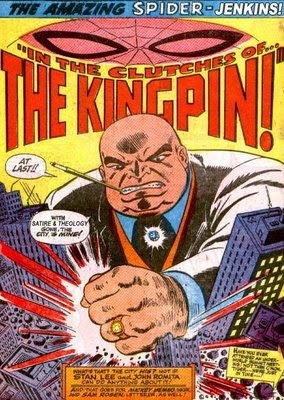 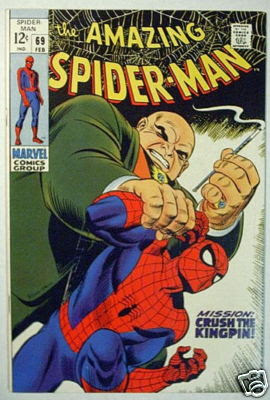 Hmm, crush the kingpin, what an idea.

2. "Whenever I watch TV and see those poor starving kids all over the world, I can't help but cry. I mean I'd love to be skinny like that but not with all those flies and death stuff."
- Mariah Carey

3. "Researchers have discovered that chocolate produces some of the same reactions in the brain as marijuana. The researchers also discovered other similarities between the two, but can't remember what they are."
- Matt Lauer on NBC's Today Show, August 22

4. "I haven't committed a crime. What I did was fail to comply with the law."
- David Dinkins, New York City Mayor, (answering accusations that he failed to pay his taxes)

5. "Smoking kills. If you're killed, you've lost a very important part of your life."
- Brooke Shields, during an interview to become spokesperson for a federal anti-smoking campaign.

6. "I've never had major knee surgery on any other part of my body."
- Winston Bennett, Univ. of KY basketball forward

7. "Outside of the killings, Washington has one of the lowest crime rates in the country."
- Mayor Marion Barry, Washington, DC

8. "We're going to turn this team around 360 degrees."
- Jason Kidd, upon his drafting to the Dallas Mavericks

9. "I'm not going to have some reporters pawing through our papers. We? are the president."
- Hillary Clinton (commenting on the release of subpoenaed documents)

11. "That lowdown scoundrel deserves to be kicked to death by a jackass, and I'm just the one to do it."
- A Congressional Candidate in Texas

12. "It isn't pollution that's harming the environment. It's the impurities in our air and water that are doing it."
- Former U.S. Vice-president Dan Quayle

13. "Without censorship, things can get terribly confused in the public mind."
- General William Westmoreland

14. And last but not least, a parting word from Dan Quayle: "I love California. I practically grew up in Phoenix." 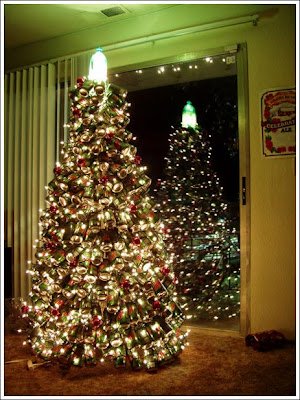 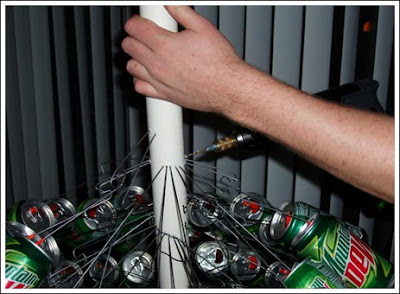 Okay, I will add this as well and it relates to the previous photo.

Thanks, Mom.
Posted by admin