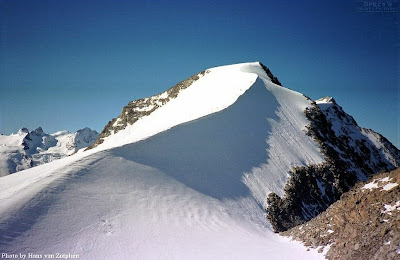 It would be a cool graphic where someone crazy rides down that mountain.

I am not trying to be offensive or attack anyone with this article, I am making some theological and satirical observations concerning Christmas. The blog is satire and theology, after all.

'A primary school teacher who left a class of 25 pupils in tears after she told them Santa Claus did not exist has been fired.

When excited youngsters became rowdy as they talked about Santa, the supply teacher blurted out: 'It's your parents who leave out presents on Christmas Day.'

The class of seven-year-olds at Blackshaw Lane Primary School, Royton, near Oldham, Greater Manchester burst into tears and told their parents when they arrived home.

Mothers and fathers then complained about the incident and were sent a letter by the school saying the substitute teacher, who only worked at the school for one day last week, has been disciplined.

The school has now said it will not hire her again...

'A lot of parents were disgusted and complained to the school.''

I have no strong feelings or thoughts on the above story, but Jay Leno mentioned it on the Tonight Show and it is a good precursor for my presentation with Christmas albums. But, the school story makes me reason that at secular school and within secular society, Santa Claus for the most part, is more important than Jesus Christ and the date of his birth as is traditionally celebrated.

Most of my research for satire and theology and thekingpin68 comes from Jay Leno and David Letterman, by the way.;) 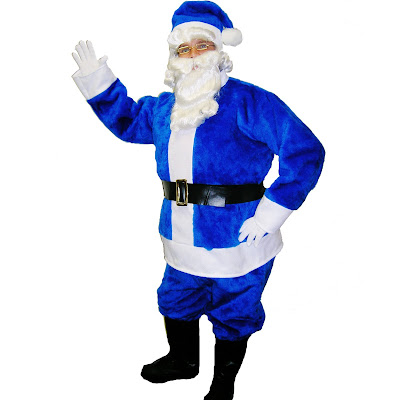 Santa Claus in his blue away jersey/alternate kit for when he goes to a party/event with another major celebrity dressed in red. 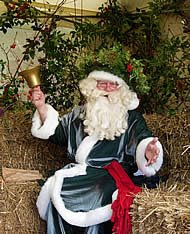 Santa in his green third jersey/kit.

Is the celebration of Santa Claus an aspect of the problem of evil? Well, I think it is an evil as Claus surpasses Christ in importance in the minds of many and is taught to children as the central focus of Christmas. But, Christmas and even Santa Claus can also be used for good as Christians and Christian churches use the Christmas season as an opportunity to present the gospel. The same can be done on Halloween as the occult can be contrasted with the supernatural power of almighty God.

Here are some wonderful Christmas albums to listen to over the next few weeks.

I did a search for the worst Christmas albums. 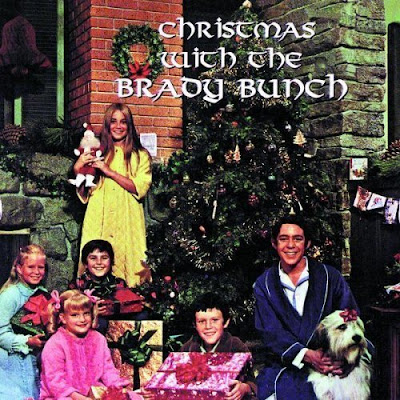 This review from Amazon.com states:

'This was the first album released by the Brady Bunch. Unfortunately, it was also their worst album. I could mention the dull arrangements of traditional Christmas carols here. But worse than that is the kids' singing. Marsha was the only one who could come close to carrying a tune at this point. To be fair to them, they worked hard and later became better singers. But at this point in their show biz careers, listening to them sing was unbearable. Greg's singing on "O Holy Night" is particularly painful. By the way, this album is only 20 minutes long, which is fortunate, because that's about all a sane person can take. This album has nothing to recommend about it. Sorry, Brady fans.'

Marsha (Maureen McCormick) actually has been a professional singer:

I have to agree, Greg (Barry Williams) bit of singing on the 'O Holy Night' preview sounds less than sparking, to put it nicely. I would prefer hearing the Kool-Aid man say 'Oh Yea', and hopefully bust through the wall of the Brady's recording studio in the process, ending the session. A bit of 'O Holy Night' can be heard via the Amazon link above.

I have to admit, I have a very difficult time sitting through an entire episode of the Brady Bunch as it is just too corny, and that 'sucky' music that plays, even as a kid just rubbed me the wrong way. But the two made for theatre remake films were funny as spoofs. 'A Very Brady Christmas' is decent and I have watched it with my Mom previously.

Satirically, although I honestly do think Robert Reed was a fine actor, as I saw him in other shows, I do smirk a bit knowing he was playing this wholesome father figure while he was a homosexual.

Even if one is pro-homosexuality he/she can see my point if they have a reasonably open mind.

This strikes me as a classic example of how fact and reality can be so different from fiction. And yes, I realize this is often the case when it comes to drama and fiction.

'Reed felt that his career required him to be secretive about his homosexuality.[4] Several of his male partners have since stated that he threatened them after sex, because he wanted his homosexuality to remain hidden.

Robert Reed died in 1992, at age 59, in Pasadena, California, from colon cancer; he was suffering from HIV at the time. He was cremated and his ashes are buried in Memorial Park Cemetery, Skokie, Illinois.'

I would really like to see a cure for HIV and so if there are some radical liberal types reading this article, relax, I am not glad for this disease or any other disease that within my theological approach, is a result of the fall of humanity and a somewhat corrupted physical universe within God's sovereignty.

I am making a legitimate theological and satirical point in regard to Robert Reed having played a wholesome family man on television, when the actual reality of his life was radically different. 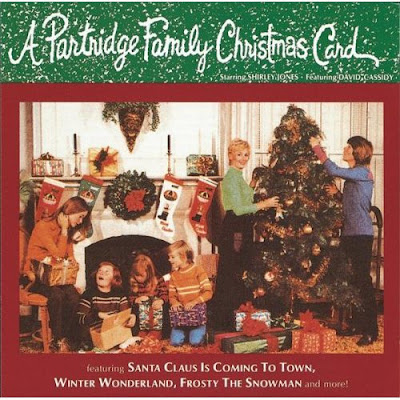 When I was a child my brother used to watch the Partridge Family which in my view was funnier than the Brady Bunch and a bit easier to stomach for thirty minutes. It would have been nice to have a drummer that actually appeared to be drumming to the songs though. 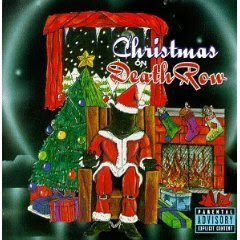 I listened to a few of the preview tracks and I did not hear anything crude, but really this is a sad idea for a Christmas album. I do not post this to promote the album or because I think it is cool in any way. I think rather it shows that some of the dark humour is our Western society is just dark and not really humourous. 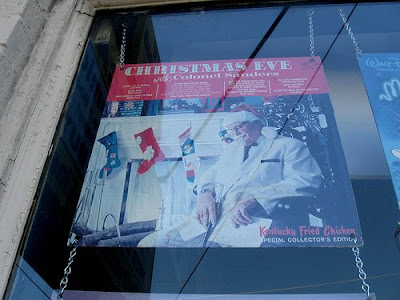 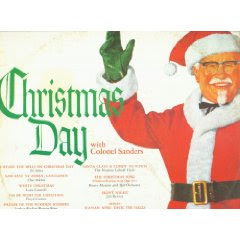 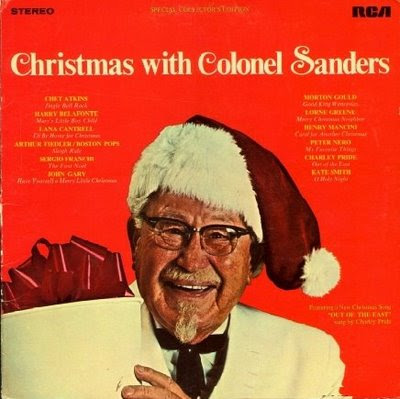 Yes, and listen to Colonel Sanders and friends, Christmas night and well into the New Year.

Say, do you feel like having a bucket of KFC on Christmas Eve and Christmas Day, all of a sudden?

These albums do not bother me, but it does make me ponder on the commercialization of Christmas. Perhaps the albums are very well done (like fried chicken?) and yet KFC has me thinking about fried chicken for Christmas Eve and Christmas Day. I mean buying KFC would be easier than cooking those days, right? 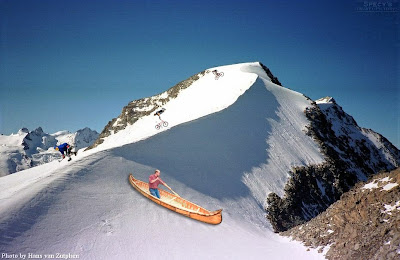 Graphics expert Jeff Jenkins does it once again. 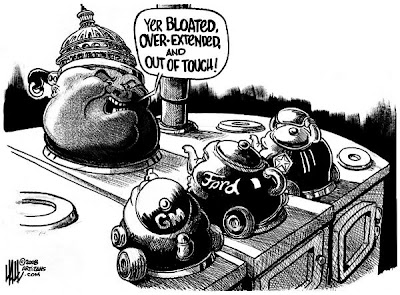 Thanks for sending this one, Jeff.
Posted by admin