Within the last month I have three new blog links named Larry...incredible.

If I become messed up with a Larry, please forgive me.

8To sum up, (A)all of you be harmonious, sympathetic, (B)brotherly, (C)kindhearted, and (D)humble in spirit;

9(E)not returning evil for evil or (F)insult for insult, but giving a (G)blessing instead; for (H)you were called for the very purpose that you might (I)inherit a blessing.

G.J. Polkinghorne explains that within the brotherhood of faith harsh words are to be answered in accordance with how Christ did it, with a blessing. Christians must speak and do right and be peaceable. Polkinghorne (1986: 1558).

Christians are not to return evil for evil to other Christians.

21Do not be overcome by evil, but overcome evil with good.

Leslie C. Allen writes that Paul urges Christians to not let pagan neighbours have cause for criticism of actions. A way to bring this about is non-retaliation by the Christian. Christians should not break the peace. Justice and vengeance belongs to God. Allen (1986: 1341-1342).

Christians are not to return evil for evil to non-Christians.

This is of course all easier said that done, admittedly.

This can be difficult to do even in the blogging world as well.

"LONDON - Chelsea striker Didier Drogba was suspended for three matches on Tuesday for hurling a coin back into the crowd during a League Cup game against Burnley.

The incident happened in last Wednesday's game after Drogba had scored at Stamford Bridge and was celebrating the goal close to the visiting fans.

Some of the Burnley followers threw coins at the Ivory Coast striker and Drogba picked one up and threw it back. He was shown a yellow card for celebrating in front of the Burnley fans but the referee did not see the coin incident and the Football Association decided to charge him with violent conduct.

Police are also investigating the incident and have called on fans to identify who threw the coins..."

I can somewhat understand Drogba's actions. The thrown coins could have done slight to significant damage above his neck especially. Operating in my corrupted human nature (Romans 1-3) alone, apart from being filled by God's spirit, I would in that situation not just want to throw the coins back at the person or persons that threw them, but go back in the crowd and punish the offender or offenders with force.

But, there are security officers and police present at professional football matches and it would be their duty to apprehend offenders. The state and its representatives are established by God to maintain law and order (Romans 13) and a footballer, whether it would me, hypothetically, or Drogba, should have simply moved out of the line of fire of the coins and not attempted to return evil for evil.

By the way, with my door man build I would have never made it as a professional footballer.

As a soccer player I would be too much of a pylon, as in the orange plastic cone that does not move (much/fast). 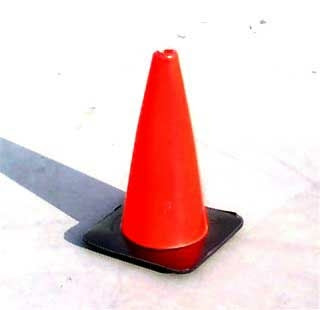 I am quite good at three British computer soccer games I own from the 1990s though.

Too bad there are not professional leagues, perhaps I would be a 'supastaw'.

As well, I could certainly be a security or police officer at a football match!

There are legitimate situations for a person to use force in self-defence I reason, that being when an official of the state, or sufficient numbers of officials, that are involved in law enforcement are not present to assist and one is protecting self or others from bodily harm. However, besides the fact that Drogba was taking matters into his hands unecessarily, Drogba was not going to bring justice to the situation by throwing a coin back into the crowd as he would very likely hit the wrong person and not hit the right person, or persons that were guilty of throwing coins. His suspension is therefore merited, although I feel bad for him and reason the offender or offenders that threw the coins should be found, if at all possible, and banned from football/soccer stadiums for a very long time, if not life.

My Mom sent me this joke, and I fully realize that there are many intelligent blondes in this world.

A blonde wanted to go ice fishing. She'd seen many books on the subject, and finally getting all the necessary tools together, she made for the ice.

After positioning her comfy footstool, she started to make a circular cut in the ice. Suddenly, from the sky, a voice boomed,

Startled, the blonde moved further down the ice, poured a thermos of cappuccino, and began to cut yet another hole.

Again from the heavens the Voice bellowed,

The blonde, now worried, moved away, clear down to the opposite end of the ice. She set up her stool once more and tried again to cut her hole. The voice came once more,

She stopped, looked skyward, and said, "IS THAT YOU LORD?"

The voice replied, "NO, THIS IS THE MANAGER OF THE HOCKEY RINK""

Here is a joke that is both theological and satirical which I viewed in 2004:

On a British comedy television program in 2004, Jonathan Ross stated that a Muslim extremist suicide bomber was expecting to be taken to heaven where he would be rewarded with 72 virgins.

Instead he was given a 72 year old virgin.


A humourous soccer fall, and perhaps dive from a manager that leads to brawls in the stadium. In this example, better law and order needed to be maintained in my opinion.
Posted by admin