Thoughts on media, cults, and printers 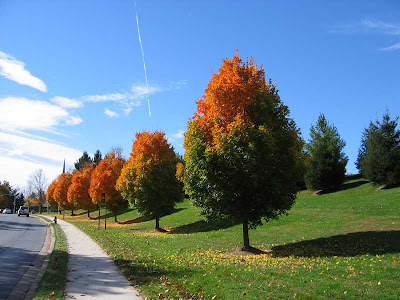 I made these comments, which I have slightly edited, on another blog in comments, in regard to any government notion of fairness concept or doctrine within religious media.

As far as fairness goes, I remember a few years ago when a Christian television station came into our Vancouver area market. The station stated that for fairness the CTRC made them broadcast non-Christian programming.

Quote from their site:

Now the liberal left that brings this fairness junk into Ottawa really irritate me.

1. Christian views are rarely in the media, other than mainly with Sunday morning televangelists and much of that is very questionable. A Christian station with a Christian voice should be acceptable in our society. Mind you, I would not be a bit surprised if a lot of it would end up corrupted even if it stayed all Christian, but that is another issue.

2. I am sure the Jewish community, or the Sikhs and many other religious groups could afford their own station, and I think they should have this right without any fairness concept.

3. Where is the fairness concept on the majority secular television stations? Oh, so fairness only applies to religious BUT NOT non-religious philosophy. That sounds oh so (Ottawa liberal) Canadian.

Religion requires faith, but secular humanism does not...untrue. Humanity does not even know its origins and puts faith in limited science philosophy to speculate philosophically. I am not writing in the context of known empirical scientific facts.

4. If there is ever any fairness concept on my blogs, it will be because I allow it and not because of some bureaucrats in Washington or Ottawa.

There is no need for government mandated fairness or balance in regard to worldviews and religious discussion and related.

A related joke my Mom sent me:

"A cowboy named Bud was overseeing his herd in a remote mountainous pasture in southern Alberta when suddenly a brand-new BMW advanced out of a dust cloud towards him. The driver, a young man in a Brioni suit, Gucci shoes, RayBan sunglasses and YSL tie, leans out the window and asks the cowboy, 'If I tell you exactly how many cows and calves you have in your herd, Will you give me a calf?' Bud looks at the man, obviously a yuppie, then looks at his peacefully grazing herd and calmly answers, 'Sure, Why not?' The yuppie parks his car, whips out his Dell notebook computer, connects it to his Cingular RAZR V3 cell phone, and surfs to a NASA page on the Internet, where he calls up a GPS satellite to get an exact fix on his location which he then feeds to another NASA satellite that scans the area in an ultra-high-resolution photo.

The young man then opens the digital photo in Adobe Photoshop and exports it to an image processing facility in Hamburg , Germany Within seconds, he receives an email on his Palm Pilot that the image has been processed and the data stored. He then accesses an MS-SQL database through an ODBC connected Excel spreadsheet with email on his Blackberry and, after a few minutes, receives a response. Finally, he prints out a full-color, 150-page report on his hi-tech, miniaturized HP LaserJet printer and finally turns to the cowboy and says, 'You have exactly 1,586 cows and calves.' 'That's right. Well, I guess you can take one of my calves,' says Bud. He watches the young man select one of the animals and looks on amused as the young man stuffs it into the trunk of his car. Then the Cowboy says to the young man, 'Hey, if I can tell you exactly what your business is, will you give me back my calf?' The young man thinks about it for a second and then says, 'Okay, why not?' 'You're an auditor for the Federal Government, says Bud. 'Wow! That's correct,' says the yuppie, 'but how did you guess that?' 'No guessing required.' answered the cowboy. 'You showed up here even though nobody called you; you want to get paid for an answer I already knew, to a question I never asked. You tried to show me how much smarter you are than me; and you don't know a thing about cows...this is a herd of SHEEP. . Now give me back my DOG."

The recent CNN report on Jim Jones and the Peoples Temple movement after it ended thirty years ago, had me thinking about this cult somewhat.

"The Rise and Fall of Jim Jones

On November 18, 1978, followers of Jim Jones shot and killed United States Congressman Leo J. Ryan and four others traveling with him on a fact finding trip to Guyana. Ryan was there to investigate complaints about the community called "Jonestown," which was largely inhabited by his former California constituents.

After murdering a United States congressman Jones knew the end of his rule was near. He ordered his entire following, some 914 people, to commit what he called "revolutionary suicide."

This included more than 200 children.

Jones began his group in San Francisco and was once a respected community leader. He started programs to help the elderly and poor. His circle of friends once included leading politicians, who once defended him against allegations of abuse.

An ongoing scandal about such abuse is what prompted Jones to isolate himself and his followers in Guyana, where the media, former members and families could not influence his faithful remnant. However, Rep. Ryan ultimately came there to investigate the continuing abuse within the compound.

Once the Rev. Jim Jones was a popular figure and something of a religious celebrity in San Francisco. He participated in fashionable charity events and perhaps most importantly could turn out the vote or do whatever else was necessary through the well-oiled machine composed largely of his church members.

Jones was not some self-proclaimed "prophet" or fringe religious leader. He was an ordained minister of the Disciples of Christ, a respected mainline denomination. At one point his congregation numbered 8,000. It was composed largely of poor African Americans.

Jones cast himself as a politically progressive and was embraced by liberal politicians such as U.S. Representatives Phillip and John Burton, Assemblyman Willie Brown and Mayor George Moscone.

After the tragedy at Jonestown these politicians found it difficult to explain how Jim Jones so easily took them in."

"Review of key events
1953: Jim Jones opens his own independent church in Indianapolis.
1964: the Disciples of Christ ordain Jones.
1965-71: Jones supposedly believes a nuclear holocaust is coming and uses this as an excuse to move his congregation to Northern California. His church grows and becomes prominent. He is named foreman of the Mendocino County grand jury.
1971: Peoples Temple buys a building in downtown San Francisco and spins off another branch in Los Angeles. Headquarters is moved to San Francisco.
1971-73: The Temple membership grows very large and it offers social programs, jobs and health care.
1974: Peoples Temple leases land from the government of Guyana in a remote jungle area.
1975: The temple turns out its followers for rallies political campaigns and helps elect candidates in San Francisco.
1976: Mayor George Moscone appoints Jones to the city's Housing Authority Commission. Jones gets favorable media coverage and national politicians seek him out. However, his megalomania and paranoia is becoming more visible. He never travels without bodyguards and packs public appearances with followers who applaud him.
Summer 1977: New West magazine publishes a story that exposes Jones, his fakery, abuses and questionable finances.
August 1977: Jones moves to Guyana and creates Jonestown.
1977-78: About 1,000 Temple members move to Jonestown.
June 1978: Temple defector Deborah Layton is interviewed by the San Francisco Chronicle and exposes the brutality and apparent plans for mass suicide at Jonestown.
Fall 1978: Relatives of Jonestown residents push for an official investigation.
November 7, 1978: Representative Leo Ryan says he will go to Jonestown and investigate.
November 17: Ryan arrives at Jonestown.
November 18: Some residents advise Ryan they want to leave Jonestown. Ryan tried to leave Guyana with the defectors, but is shot down at the airstrip by Jonestown gunmen. Ryan, NBC News staff Robert Brown and Don Harris, San Francisco Examiner photographer Greg Robinson and defector Patricia Parks are all murdered. Others hide in the jungle.
November 18: Jones orders his people to commit suicide by taking cyanide. Those who won't are killed. More than 200 children are murdered. 914 bodies are found at Jonestown, including Jim Jones.

On You Tube I watched and listened to some actual Jim Jones messages.

WARNING: I DO NOT WANT TO OFFEND ANYONE.:)

They contain some swearing and very gross imagery, and I suggest many of you do not listen to them.

But they are interesting to examine if one is into studying cults. I only listened to two complete clips.

The You Tube header states:

Jones states in basic terms that they will kill anyone that tries to take any of them out.

It is chilling to listen to and he speaks and the crowd roars.

Now there is far worse. I listened to one clip (1 of 3) where Jones interviews cults members that describe in gruesome ways how they would like to kill and torture family members back home. Jones laughs repeatedly. His followers call Jones, 'Dad'.

Now, after hearing this I can still understand the media portraying the members of this cult as victims of Jones. They were and the children were especially, but these adults that wanted to kill and torture their family members back in the United States because they would not support the Peoples Temple intellectually, were very twisted persons and not only victims. My satirical side suggests that I am glad these adults moved to Guyana, but I feel especially sorry for the children that died and survived.

A satirical look at what it takes to get this printer to work.