A jokester and scammers on-line 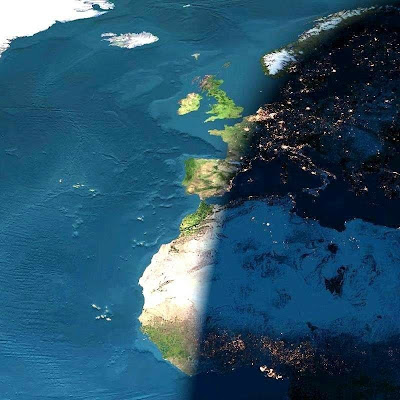 Last night a young woman by the name of Rachel (I will be kind and exclude the last name) emailed me on Facebook and originally had viewed my photo and profile on the Are You Interested? application. She used very suggestive language in a bid to make fool of me, but I simply informed her that I had no interest in that nonsense and we actually ended up finishing the conservation on a semi-serious note.

Theologically, I showed Rachel Christian love instead of counter-attacking her with anger.

Rachel meant to make a fool of me and failed, but in the past scammers through Christian Cafe and especially Meet Christians.com have tried to scam me. There are dating websites where a young woman (also sometimes a man pretending to be gay, but I have not been contacted thankfully!) from Eastern Europe or Africa pretends to be interested romantically in a man and with the use of scripted letters tries to entice him to pay for her to fly over to his country. Once the money is sent she keeps it and is a no show, leaving that man alone and with less cash.

The scripted letters were clear evidence of scamming for me immediately. As well, the reply letters would not deal with my return letters in any major detail.

One woman told me she 'loved me' after three to four letters.

Below is one site that exposes the scammers:

The following is a summary of some of the suspected scammers who have emailed me.

In 2006, someone by the name Tufaina, formerly Rita Bush, both from a Gold Insurance email header, eventually apologized for her dishonesty, after she had sent me pictures of models that were not her, and so I removed her email addresses and the pictures she used from my blog. She stated:

Okay, sorry and thank you.Christianity is forgiveness. Previously from Gold Insurance=Tufaina=Rita Bush +Why all this sinful act of a christian brother,who told you am a scammer and why you put my picture in your web site and claimed that im scammer? please remove it and walk in the Lord. tufaina

Months earlier in 2005, she had emailed me using a different alias and with a photo of a different model. She had forgotten that she had contacted me previously! She had claimed to be a former Mrs. Miami and stated:

Jesus is God.How are u?pls this is my office account,kindly contact me with my personal.

She called herself Rita Bush and sent me through email magazine cut out photos of a blonde, who was obviously not the same person as the brunette, who Tufaina claimed to be in 2006.

She emailed the following in 2006 after I exposed her:

You hurt me and disgrace my personality,my friend saw my picture and told me about this,please for God sake take this out.What is my sins for you?do i take money from you or cheat you?you are the one that gave me your email address when we chat .Im not interesting in this again and pease take this out.Im a missionary and servant of God.

Tufaina you have not cheated me out of money, because I have not sent you any. You have been dishonest with pictures of obviously two different women.

You gave this to me in christian site and my heart is pumping blood for you act,please take this out for Christ sake.I never knew you are like this.You sent you pictures to me but if i do like you will you like it?God is seeing we all.

The following email was from Yana, who is in my estimation a Russian scammer. Yana, and I never had meaningful dialogue, and she did not deal directly with my letters, instead relying on a script.

hi My love.I did not receive your letter. I very strongly worry. Whether all at you is good. You were not ill. I suffer for you. I ask you calm of me, write to me the letter. Now it so is necessary for me your letter. I strongly love you also I wait from you for the letter. Always yours Yana.

She calls me Mark by mistake.

mark.Today on April, 1 day of jokes and laughter.Today I would like to congratulate you on this holiday.Tell and you mark this holiday at you in the country and as you do it to me it would be very interesting to know.I hope to hear more detailed story about it in the following letter.At us in Russia this day people play people, joke and have fun.I would would like that also you this day did not despond and would be pleased lives that in it has not taken place. I too would like to cry and much because of what problems. But I not such was necessary to smile and be pleased always lives that I successfully do. I know that 1 minute of laughter will replace one glass of sour cream, and you knew it tell to me.So be dared if you do not drink sour cream:)I wait from you for the letter and a good joke.Have remarkable day.Always yours Yana.

This was from sweet ol' Nadya, we have had no deep dialogue whatsoever, and she does not use my name.

I have offended you why you do not write me I wait for the answer. So your letters are interesting to me and suddenly they are not present I has thought that you have found another it so? If there is no that write to me at least two words or tell even hi! Nadya.

Hello Nadya, I hope all is well. However, having received many letters from Eastern European women, I must say your letter reads like scammer script. So if you are not a scammer, please tell me specifically why I am so interesting. I post scammers on my website. Good luck.

Am I going to let scammers from Christian Cafe and Meet Christians, and a jokester from Facebook keep me from dialoguing with women on-line? No. I will likely never make more than a casual friend on-line and meeting a Ms. Right is a long shot. But, being on-line also allows me to promote my blogs and so it is worth the hassles to me.

I want to promote my theology blogs and interacting with strangers on-line is an aspect of that promotion.


The Wild Chase 1965: The Road Runner vs. Speedy Gonzales
Posted by admin