Do we bleed with greed?

I am Canadian and do not vote in American elections. Therefore, I do not support either major political party. Even with all his faults, I have to admit Bill Clinton is both likable and intelligent. I am not an economist, but I tend to favour free market approaches with government regulation in order to monitor and to some extent regulate, but not control, the economy.

I can agree with Clinton that much of the current economic crisis relates to homeownership and people taking and receiving loans that they should not have taken and received.

Some of Bill Clinton's thoughts on financial issues from January:

OAKLAND - Homeowners teetering on the edge of foreclosure need immediate help - federal dollars funneled through local relief efforts - before a long-term fix to the mortgage crisis can be hammered out, former President Bill Clinton said Wednesday...

These years have seen "a deliberate attempt to give people more mortgages on more attractive terms because we weren't achieving economic growth any other way," the two-term former president told a hand-picked group of community leaders, homeowners and campaign supporters Wednesday...

"This happened because everyone assumed the only stable part of our economy was home ownership," he said. But even veteran economists didn't seem to see interest rates would rise "if we kept borrowing money like a drunken sailor as a country." What has happened is "a systematic failing of the American economy and the way the mortgage market works," with homeowners - many of whom never missed a monthly payment until those payments suddenly ballooned out of control - taking the hit.

With the net cost to society for every foreclosure hovering somewhere around $250,000 - what with homeowners' losses, neighbors' lowered property values and other costs - "the dumbest thing we can do here is nothing The most expensive way to handle this problem is to let the foreclosures occur."

"We need to stop the bleeding here," he said.

My take on this is philosophical and theological, and not primarily economical.

I have been a student for several years and have accumulated student loan debt and credit card debt related to my academic studies. I would like to earn my PhD and become a professor and get out of debt. I hate being in debt, but with sleep apnea I have not been able to work full-time and work on full-time academic degrees simultaneously. I also have been working 20-30 hours a week at academic theological blogging in order to have recent teaching experience on my curriculum vitae/resume. This can be done on my own time, at strange hours, from home.

I would one day like to have a fairly large house with a large backyard. I would like to have a new car. However, with my present debt and the fact I have been a student for a long time, perhaps I will not be able to own a large house for a time. Perhaps because of debt I will have to live with less, until I can afford more. I may have to settle for renting an apartment or purchasing a small apartment, that is nice, but not my ideal.

It is likely that millions of people in the Western World are, to be blunt, just too materialistic. Perhaps they put too much emphasis on maximizing credit in order to purchase the most expensive home and car, among other things, possible. Financial problems could largely be avoided if persons would live within their means and have a manageable monthly mortgage payment, and a manageable car payment, or perhaps simply hold on to an older car that works fine for a longer period of time.

Philosophically, as a person in debt, I do not think that maximizing credit in order to maximize material possessions is worth it. It is risky and can lead to the type of foreclosure and economic problems we are currently experiencing in the Western World, notably the USA and UK.

A better and wiser approach is to live within one's means, and to live in a way that allows room for error, illness and disaster. If this means a smaller home, and older car, so be it. The peace of financial stability is worth it in my opinion.

American King James Version
The rich rules over the poor, and the borrower is servant to the lender.

American Standard Version
The rich ruleth over the poor; And the borrower is servant to the lender.

The Christian should pray that greed not be a major factor in financial decisions. I fully believe in bettering oneself, and that includes finacially, but debt should be manageable. 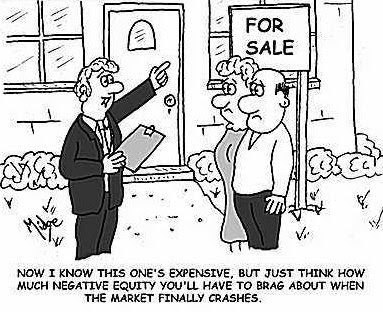 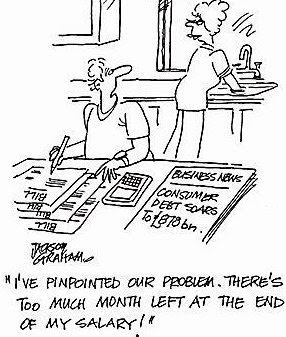 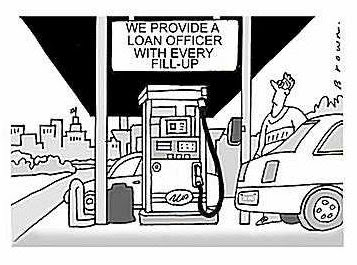 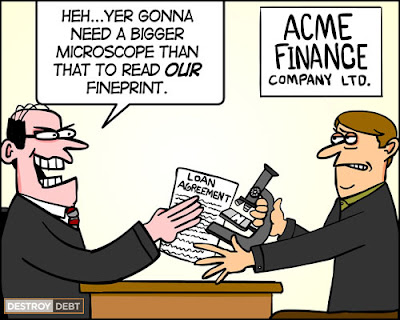 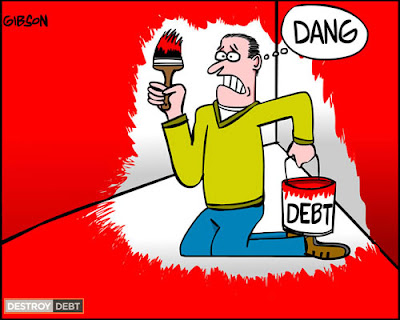