Table and description from:

The table above includes movies that have grossed over $200,000,000 at the box office during their theatrical runs.

All amounts are in USA dollars and only include theatrical box office receipts (movie ticket sales) and do not include video rentals, television rights and other revenues.

Totals may include theatrical re-release receipts. Figures are not adjusted for inflation.

Some movies may still be in general release; all figures are estimated and subject to change.

I realize that inflation dictates that the newer films will have an advantage over much older ones on dollars generated. However, since I became an adult in the late 1980s, I reason that Hollywood has been able to produce some of the best movies ever in the last 20-30 years. I am not stating that I consider all of the films on the list as among the best, far from it.

I remember attending a few movies as a teenager and they were often disappointing and it seemed as if there was rarely a potentially really good film to wait for in anticipation. Today there are many films that appear worth viewing. I am in no way defending the often philosophically non-Christian or anti-Christian ideas presented within Hollywood, but I reason that the advent of much improved computer technology, and computer generated images has assisted in the potential quality of a theatrical films and the DVD versions as well, of course.

Superhero movies such as produced by Marvel and DC are far more true to the comic books than could be done in the 1970s or 1980s. Lou Ferrigno is a huge, muscular human being and played the Incredible Hulk on television, but he was quite small compared to the comic book Hulk who is basically a superhuman beyond the physical size of any human being. Superheroes such as the Silver Surfer, Iron Man, Spider-Man and the Fantastic Four are now presented in ways very true to the comics.

I admit from watching the occasional old black and white film that the dialogue was generally superior, in comparison to today's movies, but interesting dialogue can be presented very well in modern films if the producers are seriously dedicated to having quality dialogue.

As much as Christianity should oppose Hollywood when its philosophy and morality counter Biblical standards, a positive is that computer technology seems to have ignited the God given creativity of many in Hollywood and a result we have many reasonably good movies to view. An ultimate goal of a film should be to entertain with both quality dialogue and interesting imagery, and I hope that this occurs in the future often, and that computer generated effects do not become overused at the expense of good story. 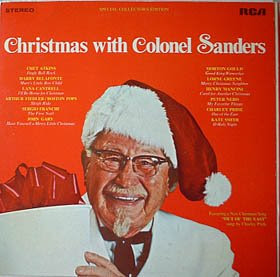 Are you dreaming of a white meat Christmas?