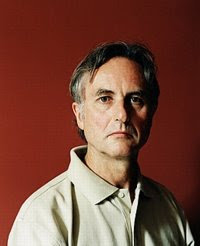 Since this post has received thousands of hits and page views, and with my increasing traffic, I decided to make some slight changes (always trying to improve my writing and with theses writing experience revisions are the norm) and post a newer version below. 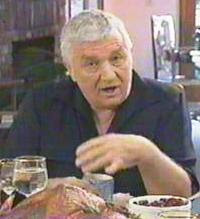 I have nothing against either gentleman. Richard Dawson is a fine comic actor and host.

This is posted for educational and satirical purposes.

'Religious people split into three main groups when faced with science. I shall label them the "know-nothings", the "know-alls", and the "no-contests".'

A pejorative term for the concept that only the methods of natural science and related categories form the elements for any philosophical or other enquiry. Blackburn (1996: 344).

"I suspect that today if you asked people to justify their belief in God, the dominant reason would be scientific. Most people, I believe, think that you need a God to explain the existence of the world, and especially the existence of life. They are wrong, but our education system is such that many people don't know it. "

Christian theism and other forms of theism can appeal to first cause philosophical arguments which reason that an immaterial, non-measurable, infinite, eternal, first cause created the laws of science, but this would be primarily an appeal to philosophy and not science. Christianity primarily appeals to historical, Biblical revelation for a belief in God, and does not look mainly to philosophical ontological arguments.

Richard Dawson: I asked you to name a time when people usually get out of bed. And being the Einstein you are, you said..."Morning." Our survey said...
[Bzzt]

Richard Dawson: Zero. And then as if that wasn't bad enough, I asked you, name a time when people usually go to bed. You said, of course..."Night." Our survey said...
[Ding!]

"...when it comes to choosing from the smorgasbord of available religions, their potential virtues seem to count for nothing, compared to the matter of heredity.

A good point, but then some of us are educated in our religious philosophy and faith, and do not simply follow the worldview of our parents. I reason that many non-religious adults grew up in non-religious homes.

"It's all part of life's rich pattern."

"Faith is the great cop-out, the great excuse to evade the need to think and evaluate evidence. Faith is belief in spite of, even perhaps because of, the lack of evidence."

Those who hold that empiricism and science provide the ultimate answer to all questions operate under faith as well. They may very well place faith in energy/matter as its own cause, whereas Christian theists see energy/matter as finite, requiring an infinite, non-material first cause beyond time and space.

Educated Christians do not necessarily have blind faith, but trust primarily in God who has revealed himself in this world, historically in Scripture. Christians can also reason on ontological, first cause argumentation. Religion can be a cop-out, but so can simply following pop science philosophy which can in ignorance and without proper religious education, reject all religion as blind faith.

Anyone that dismisses all religious academia and its philosophical and theological complex workings as pseudo academic is intellectually ignorant on the issue, and there are plenty of these people on-line.

“ABC has told me that a sponsor has complained about my making anti-Nixon jokes. I would just like to say that I believe Mr. Nixon did his best to destroy this country.”

"It is often said, mainly by the "no-contests", that although there is no positive evidence for the existence of God, nor is there evidence against his existence. So it is best to keep an open mind and be agnostic. At first sight that seems an unassailable position, at least in the weak sense of Pascal's wager. But on second thoughts it seems a cop-out, because the same could be said of Father Christmas and tooth fairies. There may be fairies at the bottom of the garden. There is no evidence for it, but you can't prove that there aren't any, so shouldn't we be agnostic with respect to fairies?"

There is not historical documentation from many sources over many years from different geographical areas for fairies at the bottom of a garden. There is Biblical historical documentation of approximately 3500 years of actual persons, from various religions who experienced God. There are scribes, prophets, apostles and of course the resurrected Christ who are actual documented persons.

The documentation would still be actual even if the Scripture contained some falsehoods, meaning a false comparison and false analogy is presented.

In an analogy, two objects (or events), A and B are shown to be similar. Then it is argued that since A has property P, so also B must have property P. An analogy fails when the two objects, A and B, are different in a way which affects whether they both have property P.

“There were people I know that got upset that I kiss people. I kiss them for luck and love, that's all. That's what my mother did to me.”