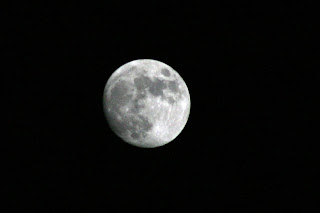 Tonight is Halloween, but I have no costume and have not worn one since I was about 12 years old. Perhaps since I am a muscular 5 foot 10 and 235 pounds and look like a doorman, I am scary enough that I could walk around town with no shirt on, carrying my martial arts work out club, for my 'costume'. After church on some Sundays I play board and video games with friends. As I mentioned in a previous article, they have three very cute little girls and when I tease the children and tell them I am a 'big monster', the oldest very nice little girl, says 'no you are a handsome man', but the middle feisty child agrees that I am a monster...and 'too fat to have a baby'.:)

Tonight, I could also attempt to dress up like some of my friends by shaving the majority of the hair off the top of my head, or I could dress up as one of the Buff twins by covering myself with Crisco and carrying a dumbbell around town. Okay, I am not a huge Halloween fan, but I can see how it could be fun.

I listen to BBC Radio Five radio on the internet occasionally. I have heard two funny comments recently which I shall paraphrase. One concerns fired Tottenham Hotspurs manager Martin Jol. The commentator stated that it was a shame that the stout Jol was fired as it was so close to Christmas and the season to be jolly. Also an older cricket analyst was complaining about one of the representatives of England's cricket team. This older man stated that this player did not smile and always walked around as if he had piles.

I am not a Star Wars fan (but like the movies), but a friend on Facebook asked me to accept the Star Wars: Jedi vs. Sith application, and so for a potential satirical laugh, I accepted. My goal was to see if I could rise to the level of Jedi Master with minimal Star Wars knowledge, in other words by deducing the answer to questions. I have succeeded in reaching the level of Jedi Master, which is one level behind the highest level of Grand Master. I also decided to write my own Star Wars question without knowing much about Star Wars, and this was also done for a satirical laugh. The reports/responses to my question provided me with a laugh! Facebook is good for dialoguing with people, but also has a lot of fluff.