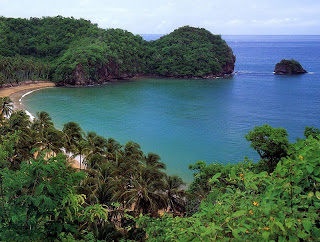 The following is an interesting article, as I am in my thirties and have never been married. I post this for noncommercial, educational purposes. I shall comment in comments.

Confirmed Bachelorhood: It May Be a State of Mind

A PSYCHOLOGIST who studies the hearts and minds of confirmed bachelors over the age of 40 has advice for women who want to marry one: Forget it.

"If you get involved with a never-married middle-aged man, don't expect him to change," said Dr. Charles A. Waehler, a psychologist at the University of Akron in Ohio who studied a group of white, heterosexual bachelors 40 to 50 years old. "If you both value independence, it might be okay," he said. "But if you want marriage, stay away."

Dr. Waehler, who presented his findings at a recent meeting of the American Psychological Association in San Francisco, found that these men are not woman-haters, they are not fixated on a parent, and they are not workaholics or wild playboys. But as a group, Dr. Waehler said, they relate to people in ways that end up isolating them.

Dr. Waehler said everyone has styles of behavior to help them cope with the anxieties that relationships can produce. But, he said, the bachelors exhibit three defense mechanisms -- avoidance, isolation and distortion -- that keep other people at arm's length. By staying single, the bachelors prevent these defense mechanisms from being challenged, he said.
Many never-married men are deeply satisfied with their lives as they practice these defenses, Dr. Waehler said. But others are miserable and would like to change but do not know how.

Comparable research on never-married women over 40 shows a dramatically different picture, according to Dr. Janice Witzel, a psychologist in private practice who is also a consultant at the Family Institute in Chicago. Such women are often extremely happy, she said, and have far richer emotional lives -- without marriage -- than do their male counterparts.

Very little is known about never-married men and women, said Dr. Timothy Brubaker, editor of Family Relations journal and director of the Family and Child Study Center at Miami University in Oxford, Ohio. It is important to study them because their perspectives on life are different from people who get married, divorced or widowed, he said, "but we really don't know how different." Singlehood on Upswing

Single adulthood is usually considered a transient state and has received scant attention from psychologists, Dr. Waehler said. But adults who do not marry are an expanding segment of the population. In 1980, he said, only 6 percent of adults over 35 years old had never married. In 1988, 8.7 percent of people of that age were single.

The trend may reflect increasing job and educational opportunities for women and changing social attitudes about the need for marriage, the psychologist said.

Dr. Waehler said he decided to study never-married men because so little is known about what makes them tick. Psychologists have long held that men tend to marry "down," choosing women who are less educated and socially privileged than they are, while women choose men who are higher on the socioeconomic ladder. In this scheme, Dr. Waehler said, unmarried men are the bottom of the barrel while unmarried women are the cream of the crop.

In fact, he said, it is far more complicated. Although alcoholism, poverty, extreme passivity and mental illness are stereotypes that describe some bachelors, Dr. Waehler said, there are more complex reasons that many men do not get married. These include factors like innate personality traits and behavior learned from family members, said Dr. Waehler.

If men have not married by 40, he said, they are likely to remain single for the rest of their lives.

The study was a small, pilot effort to explore the psychological motivations of never-married men, Dr. Waehler said. He said he chose white men in an effort to minimize cultural differences. It remains to be seen whether the findings hold up in further studies, using a broader mix of people, he said. Afraid to Lose Control

In open-ended interviews, the men were free to talk about their attitudes and perceptions, beliefs, experiences and intentions.

Most of the men said they had had at least one serious relationship with a woman that included sex and a warm sense of companionship, Dr. Waehler said. Yet they were extremely uncomfortable in talking about sex, he said, and exhibited hesitancy and passivity about their sexuality. Asked why they ended the relationships, the men said that they were afraid of losing control over their sense of self-determination or self-directedness, he said.

The bachelors revealed deep fears about interpersonal relationships. Most did not seem to value or seek friendship, even with other men. Nevertheless, not one man said he was averse to the idea of getting married. Twenty-six of them had considered it in at least one past relationship, but only six had ever proposed. Two-thirds said they still thought they would eventually get married.

But that outcome is unlikely, Dr. Waehler said. Only one out of six never-married men over 40 will ever marry, he said.

First, they avoided people by adopting an air of passivity, complacency and lack of engagement. "If you can avoid people, you don't have to examine yourself," Dr. Waehler said. This reluctance to make demands was shown in their sexual lives, careers and significant relationships, he said.

Second, they suppressed their emotions while interacting with others. The bachelors seemed standoffish and indifferent to anxiety-producing events.

Third, they tended to give unique interpretations in Rorschach tests, he said, and their perceptions were not very accurate, indicating strong individualism and unrealistic thinking. For example, even though many of the men were not involved in a relationship, they said that they believed they would eventually marry.

The men in the study rely on these defenses to varying degrees, Dr. Waehler said, and he placed them in three categories keyed to their degree of contentment or misery.

Thirty percent of the men studied fell into the category of "rigid and satisfied," he said. These men had few close friends but were not distressed about it. They showed little desire for social involvement, accepted their single status without complaint and were satisfied with themselves and their lives.

Twenty percent of the men fell into another category, "flexible and satisfied." They could turn their defenses on and off and they were filled with self-confidence, he said. Proud of their independence, these individuals said they found it difficult to tolerate feelings of love, neediness and dependence. Yet they hoped to get married and have children eventually.

The rest, half of the men in the study, were "conflicted and dissatisfied," Dr. Waehler said. Their defense mechanisms did not ward off anxiety and the men said they were not happy with their lives. But some said they feared marriage would resurrect painful experiences from childhood. Others said they were afraid of making an irrevocable mistake by choosing the wrong person to marry, and therefore chose no one.

The satisfied men, be they rigid or flexible, are not likely to benefit from psychological counseling, Dr. Waehler said. But those who are conflicted might be helped, he said, if they could learn different ways of relating.

Dr. Waehler, a 34-year-old bachelor, said that he hopes to continue studying never-married men. But "when I'm 40," he said, "maybe I'll study people over 50." Comparing Notes

For the study, Dr. Witzel interviewed 25 never-married, white, successful, heterosexual women between the ages of 36 and 83. They had a variety of needs for intimacy, Dr. Witzel said, and met them by having a few extremely close friends and getting involved in altruistic causes. While many said they yearned to be wives and mothers, they displayed enormous creativity for making other kinds of attachments. They would consider marriage if the right match came along, but as one woman put it, Dr. Witzel said, "something is not necessarily better than nothing."
Copyright 2007 The New York Times Company