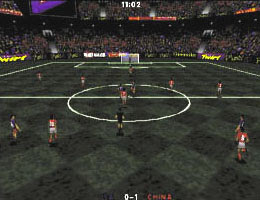 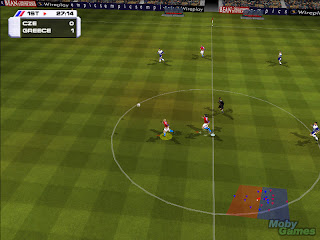 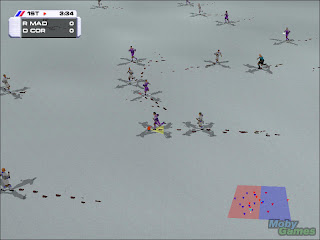 For relaxation purposes I have played computer soccer for ten years. I find it generally relaxing except for the computer simulation which at times leads to what I call "cheating". What happens is the computer makes human player 1 soccer players and goalkeeper perform below regular ability and commit actions that were not committed by human player 1 with the game pad. This can lead to one losing games that they really should not have lost but were simply cheated in. This has lead my friends and I to sometimes adopt colouful language in anger which has to be repented for later! Worse yet, when the cheating occurs in human player 1 vs. human player 2 matches it is at times difficult to know if your opponent actually made a mistake or was cheated. This requires rules to be established which disallow "cheat goals". I have tried playing EA FIFA games and personally prefer the British games and I am pretty cheap when it comes to buying what I view as overpriced newer games.

My main reason for writing this article is not too discuss computer soccer, but to express ideas. As noted I thought I was pretty much an expert at Actua Soccer 3 within 1-2 years. I have now played the game for eight years. I am good enough not to lose to the computer in Actua Soccer 3, and only lose very occasionally in Actua Soccer, if much cheating takes place. With what I regard as the best team in Actua Soccer 3 in 2006 I played a league where I scored 468 goals for and had 3 against. Today I completed another league with the same team and equal opposition and I scored 601 goals and had 3 against in the same amount of games. That is a 133 goal improvement one year later and after 8 years of playing the game. That is also over a 22% increase in goals scored in one year. I was amazed that I could improve over 22% in goals for after playing the game for so long, and I often did not realize that I was improving that much. I do not state this to brag, once again admitting that if I played good human players I would lose far more than I would presently against the computer.

Taking these ideas from the Actua experience and applying them in general terms to theology. I have increased in knowledge and skill since beginning my formal academic studies. I am a finite being and not infinite and there is always room for improvement. There is therefore no place for arrogance on my part, but humility and confidence as God leads is required.