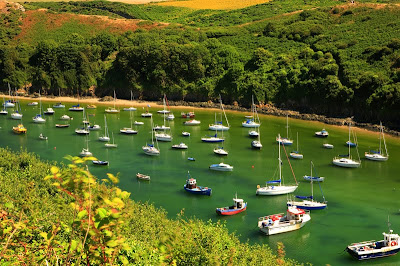 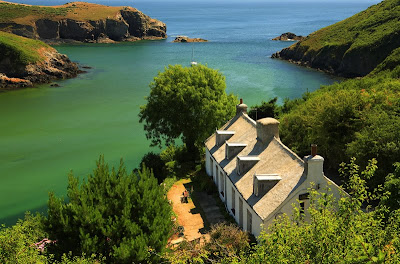 As my April 2 unofficial local PhD Wales gradation approaches, I thought I would for a few reasons, including as a public service to PhD students worldwide, present a fairly short post 'PhD Viva experience'. I do receive occasional emails on the issue. I hope I can assist some people.

The day prior to the Viva, I was sitting in my underwear (of all things) in my bed at a quite nice local Bed and Breakfast reading my Viva notes ranging from human consciousness, statistics/research methods, to theodicy, the problem of evil, free will, determinism, gratuitous evil, atheism, etc. All of sudden I heard a lady hammering on my door yelling. I thought, crazy British lady! And this was inside a building, downstairs, early in the morning. I had lived in Manchester for two years from 1999-2001 and are there are some 'characters' and so this explains my 'horrible attitude'. The lady was actually the very kind Welsh lady co-owner stating, 'Mr Murray urgent call from Canada, hurry'. Then I thought, I am gone less than a week and something has gone wrong already. Oh well, Mom and I agreed I needed to stay and get this Viva done. Turns out it was my good buddy from Manchester just wondering when I would be done with my business there in Wales so I could find a way to struggle with buses and trains to get to Northern England. Yes, the nice lady could not tell a Manchester accent from a Canadian one. My friend and I did not want some 'silly PhD Viva' to hold us from seeing football for too long. I mean a PhD Viva versus Manchester United at Old Trafford, come on, and my friend is an Arsenal supporter and he still went with me.
My advisors at Wales were very professional and knew enough about the topic of theodicy and the problem of evil, primarily philosophical and secondarily theological academically, in my opinion, that for the sake of originality it needed to be approached with empirical theology which included research methods and statistics and so questionnaires and surveys. The PhD thesis also included practical theology for originality. My skill-set unlike my advisors was more of a philosophical theologian and I actually wished to not only deal with more philosophical theology but more philosophy of religion. I had been learning more philosophy on the side since my time at Trinity Western University and Canadian Baptist Seminary. However, much of my philosophical work ended up edited out by the advice of my advisors.
Once all the revisions were done with my advisor at the time, he was pleased with the work and he reasoned, but could not promise, I would probably have few revisions. At the Viva, an internal philosopher of religion was brought in and an external theologian from London. They wanted more philosophical input such as review and argumentation concerning different ways of looking at the omnipotence of God for example within the work, and more philosophical discussion on certainty. Once we discussed issues at the Viva, they understood as a philosophical theologian and philosopher of religion I understood the concepts but the thesis had been somewhat guided differently. So, I was not happy with eight months revisions (as it turned out), as I would have liked to written a more of philosophical thesis in the first place. I was not angry with my advisors, but was angry with system.
If part A of the system with advisors asks for example, a, b, and c, to pass and part B of the system with the reviewers at the Viva asks for a, b, d, e to pass then there is differences with the approach.
The advisors required a thesis with an empirical/practical emphasis.
The reviewers required a more philosophical thesis.
The University wants successful PhD students, in general terms, as do all basically establishments.
Therefore:
There should be a more consistent approach within the PhD thesis review system.
Further:
My suggestion is to have the advisor as the internal reviewer and simply weed out students that are not likely going to pass prior to the Viva process.
The reviewers stated I demonstrated I knew the philosophical material lacking in the initial pre-Viva/pre-finalized version by my ability to discuss, debate/argue.
But, I truly feel for someone that is very academically book smart and does everything they are told to by their advisors, for example, a,b, and c and then run into reviewers that want a, b, d, and e, that is not a good speaker or debater. Does he or she perhaps end up with an MPhil? That would mean he or she would perhaps fail. I thank the Lord he gave me the skill-set and help to get through this glorified minefield.
On the other hand, it is an honour to have a PhD from Wales.
By the way, with the British system, the MPhil can be earned, prior to a PhD, as part one of the research thesis program, as I earned it, or instead of as a scaled down thesis. 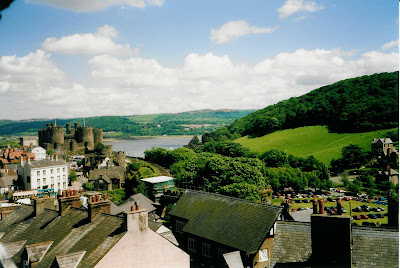 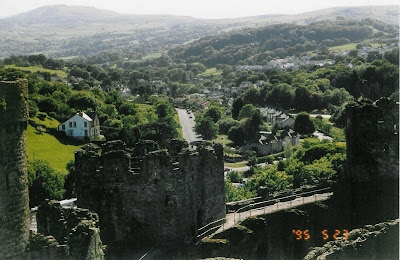 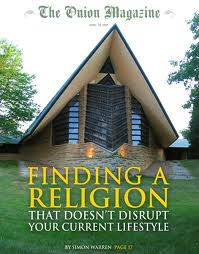 I thought of a new name for a modern denomination...


German football/soccer manager along with player fake injuries. A classic I posted previously.

Another classic manager/actor from this blog's past, this time from Colombia. This involved a riot looks like, sadly.
Posted by admin