Unification of the whole of mankind is the hall-mark of the stage which human society is now approaching. Unity of family, of tribe, of city-state, and nation have been successively attempted and fully established. World unity is the goal towards which a harassed humanity is striving. Nation-building has come to an end. The anarchy inherent in state sovereignty is moving towards a climax. A world, growing to maturity, must abandon this fetish, recognize the oneness and wholeness of human relationships, and establish once for all the machinery that can best incarnate this fundamental principle of its life. 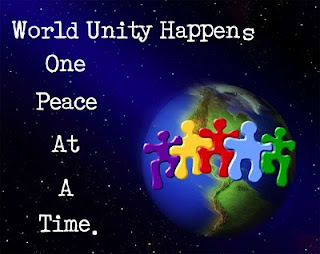 “A new life,” Bahá’u’lláh proclaims, “is, in this age, stirring within all the peoples of the earth; and yet none hath discovered its cause, or perceived its motive.” “O ye children of men,” He thus addresses His generation, “the fundamental purpose animating the Faith of God and His Religion is to safeguard the interests and promote the unity of the human race… This is the straight path, the fixed and immovable foundation. Whatsoever is raised on this foundation, the changes and chances of the world can never impair its strength, nor will the revolution of countless centuries undermine its structure.” “The well-being of mankind,” He declares, “its peace and security are unattainable unless and until its unity is firmly established.” “So powerful is the light of unity,” is His further testimony, “that it can illuminate the whole earth. The one true God, He Who knoweth all things, Himself testifieth to the truth of these words… This goal excelleth every other goal, and this aspiration is the monarch of all aspirations.” “He Who is your Lord, the All-Merciful,” He, moreover, has written, “cherisheth in His heart the desire of beholding the entire human race as one soul and one body. Haste ye to win your share of God’s good grace and mercy in this Day that eclipseth all other created days.”


Shoghi Effendi: The World Order of Bahá’u’lláh
Posted by admin