Baha'is to mark Birth of the Bab

In Halifax, Nova Scotia, close to one hundred people will gather in a local hall on October 20th where a beautiful program has been prepared to commemorate one of the most important of Baha’i Holy Days. A Chinese guitarist will perform, prayers will be said and the life of one of humanity’s most fascinating spiritual teachers, known to history as the Bab, will be remembered. 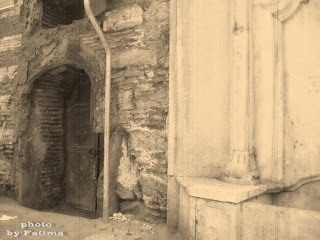 In Moncton, New Brunswick and Red Deer, Alberta, more modest celebrations are being organized in people’s homes with a potluck supper and devotional program. In St. John’s, Newfoundland, two neighbourhood observances are taking place. At each one, the story of the Bab will be presented by some young adolescents. In larger cities, events will occur with several hundred Baha’is and their friends coming together at commemorations in Baha’i centres in Vancouver, Montreal, Toronto or Ottawa, or in large rented facilities.
More and more of the public are coming to know that Baha’u’llah is the Prophet-Founder of the Baha’i Faith. Fewer know that there was a second Prophet, or what Baha’is understand to be a Manifestation or Messenger of God, who is also closely associated with the emergence of the Baha’i Faith in Iran in the nineteenth century.
The Bab was born in Shiraz, Iran, in 1819 as Siyyid ‘Ali-Muhammad. He was a descendant of the Prophet Muhammad through both His father and mother. 1n 1844, He announced that He was the Promised One foretold in the world’s religions and that His mission was to prepare people for the imminent coming of the Divine Messenger, Baha’u’llah. In 1863, Baha’u’llah announced that He was that new messenger of God whose central teachings focus on the principle of the oneness of humanity. Thus their respective births, October 20th and November 12th, in the case of Baha’u’llah, are two of the nine Baha’i holy days. 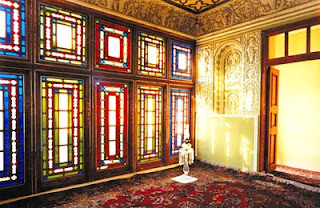 In 1850, by order of the government, the Bab was executed in the public square of Tabriz, in northern Iran. The story of his execution and events surrounding the Bab’s short, but extraordinary life, were told in news reports that reached Europe. His remains were later brought to Mount Carmel, in Haifa in the Holy Land, where a beautiful Shrine was constructed that is now a place of pilgrimage for followers of the Baha’i Faith, and the centre of an exquisite series of gardens and buildings that form the administrative and spiritual World Centre of the Baha'i Faith. More information on the Bab’s life can be found at: The Bab, Forerunner of Baha’u’llah.
Posted by admin