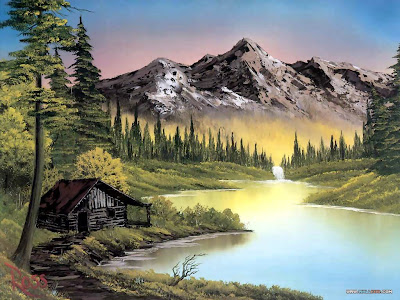 It is not well-written, and I did not write it.

Windsor Hills Baptist Church of Oklahoma has canceled it's giveaway of a semiautomatic assault rifle at its weekend youth conference because one of the organizers injured his foot. The gun is a prize in the weekend's shooting competition.

The church’s youth pastor, Bob Ross, says “We have 21 hours of preaching and teaching throughout the week,I don’t want people thinking ‘My goodness, we’re putting a weapon in the hand of somebody that doesn’t respect it who are then going to go out.. and kill, That’s not at all what we’re trying to do.” The gun, which cost $800 will be given away next year.

I am not against someone in a home owning a gun for self-defence. But I have two points.

2. The youth pastor's name is Bob Ross! There, a happy little gun for you, and when you shoot those happy little burglars as they break into your happy little house, if you shoot the wrong person during the burglary, remember, there are no mistakes just happy accidents. 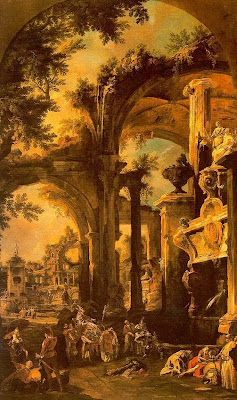 Canaletto: An Allegorical Painting of the Tomb of Lord Somers 1722-29

I have viewed this painting.