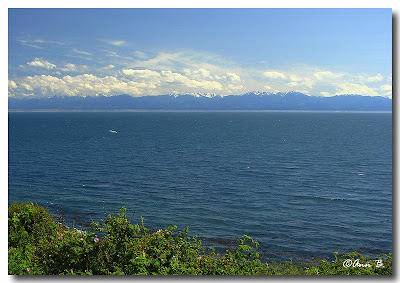 Victoria, BC (photo from trekearth.com)

Chucky and I had lunch with one of our pastors from church on Sunday. We all basically agreed that the Canadian government, Canadian culture, and radical liberal Christianity has given in to secular non-Christian perspectives on many issues such as same-sex marriage. We also agreed that Biblical Christianity would likely face greater persecution in the Lower Mainland in the future. I stated that in the future I would rather be in a house church where Biblical theology is taught than to share a church with extreme liberals who just flatly refuse to submit to Biblical teaching in many essential areas. I will not be a member of a church with a group of persons that deny Biblical essentials and are basically attempting to mould God into a 21st Century human image rather than submitting to God as is revealed in historical Scripture. Please note, I do realize that there are moderate Christian liberals that hold to many Biblical essentials.

Human made religion on its own cannot please God. Paul notes that no one is righteous in Romans 3: 10 and that no one seeks God in Romans 3: 11, that all fall short of the glory of God in sin in Romans 3: 23. In Romans 6: 23, Paul explains that the wages of sin is death, but the free gift of God is everlasting life in Christ. The final place for those outside of Christ is noted as providing everlasting punishment for the devil, the beast and false prophet in Revelation 20: 10. The beast and false prophet are very likely human beings, and other persons outside of Christ will be thrown into the lake of fire as it states in verse 20: 15. Sin is against an eternal God and required the God-man Christ to die for it. In the atoning work he expiated sin, as in covering it, and provided a propitiation for sin as in appeasing God's anger against sin.

From a Reformed perspective, since human beings cannot atone for their own sins, punishment must continue forever as sin is never paid for and never will be paid for outside of Christ. Expiation is the idea that Christ’s atoning death covers sin in believers and cleanses followers from corruption, according to Erickson. Erickson (1994: 811). J.S. Whale writes that expiation means God himself purges or covers human sin. Whale (1958: 81). Propitiation is found in Romans 3: 25 and James Strong explains that the word under review, hilasterion, is defined as an expiatory place or thing, an ‘atoning victim’ along with ‘mercyseat’ and ‘propitiation'. Strong (1986: 48). In John 2: 2 and 4:10 propitiation is defined in the same way. Strong (1986: 48). Some within both liberal and conservative Christianity attempt to deny propitiation, but the Greek text allows it as a strong possibility. Walter Bauer writes that the meaning in Romans 3: 25 is uncertain and could be either expiates or propitiates. Bauer (1979: 375). Even if propitiation is denied as an aspect of atonement, which I see no Biblical or theological need for, it would not change the concept of everlasting punishment in the New Testament. Jesus was of course known for discussing hell in Matthew 5: 29, for example. In Matthew 10: 28, Jesus mentions that persons should fear God that can destroy both the soul and body in hell. In Matthew 18: 8, Jesus describes this as everlasting fire. Does destroy in Matthew 10 necessarily mean annihilation, or is it describing a destruction of meaningful life due to punishment? Strong defines destroy in 10: 28 as apollumi meaning to destroy fully, perish, or lose in a literal or figurative sense, destroy lose, mar, and perish. Strong (1986: 16). R.T. France mentions that the exact form of the Greek word here apolesai carries a meaning of loss and ruin as well as literal destruction and annihilation, and so annihilation is not necessarily to be favoured here over everlasting punishment as the view of Jesus. France (2001:186).

Any organization can call itself religious and Christian, but obedience to Christ and his New Testament message is crucial. We are saved by grace through faith, and not works, although true Christianity should lead to works (Ephesians 2: 8-10). It is God through Christ that saves and human religion that claims Christ and yet denies the gospel message in disobedience is doomed. I do not state this in arrogance but simply point out the Biblical reality. Since human beings are sinful, corrupted, and not perfectly good, an organization should not expect its radical liberal attempts at religion to impress God in order that he provide its followers with everlasting life. 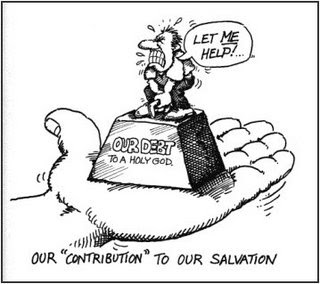 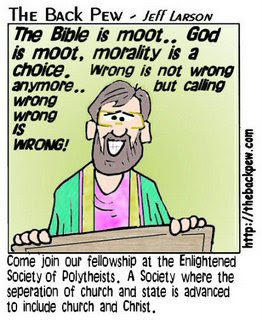 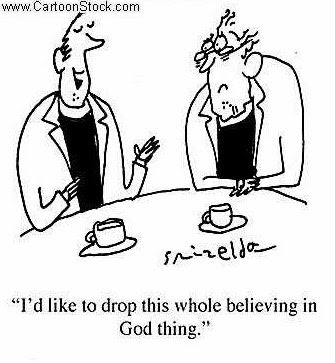 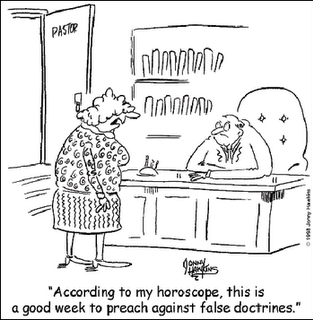