A presenter is tossed by Giant Haystacks also known as The Lochness Monster. The wrestler's tie is classic.

Martin Ruane, better known as Giant Haystacks (October 10, 1946 - November 29, 1998) was an English wrestler. Giant Haystacks wrestled in such places as England, the USA, Canada, India and Zimbabwe amongst many others. He was known for his huge size, weighing over 48 st (672 lb) at his heaviest.

After the decline of British Wrestling, he invested, unsuccessfully, in the motor trade for a few years and then managed with more success, a debt-collection agency.

Now, can you imagine this gentlemen coming to your door to collect a debt? I am not surprised that he did well in that business.

Ruane was a deeply religious man and refused to fight on Sundays. He reputedly ate 3 lb of bacon, 12 eggs every morning to maintain his strength, and flew all over the World. He died on November 29, 1998 at the age of 52, following a two year battle with cancer.

I am not a fan of wresting or bodybuilding, but I have a friend interested in both. I remember watching The Lochness Monster on television as a child and thinking that he was the largest human being I had ever seen. I remembered him and my friend had never heard of him. We looked him up on the web last night and had found out that he had passed away. I am not surprised he was a religious man as he came across as a basically nice guy when I watched him on television as a child, in my humble opinion of course.

Is there a theological lesson here? Even the mightiest fall. This is known of course, but how often is this general idea pondered seriously on? This man was almost 7 feet tall and more than 600 pounds, in fact my friend and I viewed a clip claiming at the time that Martin Ruane in his wrestler persona was 900 pounds. However, he looked grossly obese in that particular video. Cancer and death took down this giant, perhaps the largest human being I have even seen, and at relatively young age.

I think for an unbeliever a wise philosophical approach is to consider the seriousness of death, and if God exists what ramifications could result after death. Hebrews 9: 27 explains that each person dies and then after this is judgment. Scripture comes from a historically based tradition of God revealing his word to persons. Jesus Christ claimed he would rise again in John 2: 19-21, and is reported to have resurrected from the dead by followers in Scripture, many of whom gave their lives for the gospel message reasoning they had witnessed this resurrection; I would therefore, consider the Hebrews verse carefully. Yes, there is not empirical physical evidence for an immaterial God or for the existence of an immaterial human spirit, or for life after death, but there is documented evidence of historical persons throughout approximately 1500 years of Biblical history that experienced God's special revelation.

Yes, I realize that there is some academic debate concerning the exactness of these dates, but I provide this for historical background. Christianity is a historically based religious faith and philosophy and not mythology.

My friend and I reason this is a doctored bodybuilder photo. He looks a little like the Michelin Man. Do my female readers dig him? 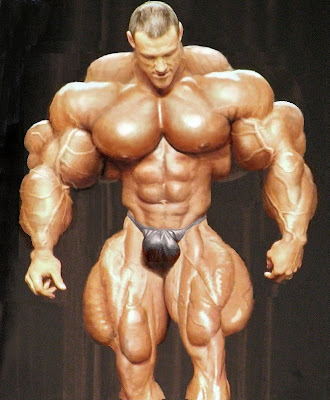 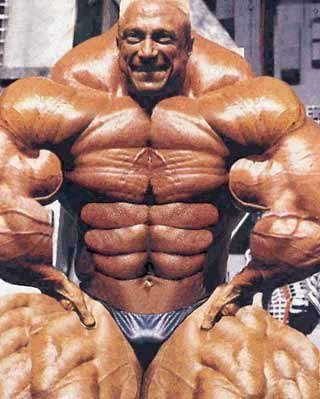 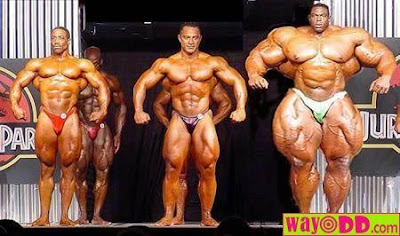 I should state that I consider non-medical use of steroids for the body as abuse of the body.