The Pentagon and the gay bomb 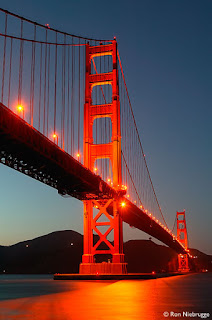 Please check out my latest article on thekingpin68 that provides some updated information on my problem of evil questionnaire.

Washington - The Pentagon had once considered the creation of a hormone weapon that would turn enemy soldiers into homosexuals who'd rather make love than war, according to government documents.

The US Air Force's Wright Laboratory in Ohio had asked in 1994 for 7.5 million dollars to develop a bomb containing a powerful aphrodisiac chemical that would cause "homosexual behaviour" to affect "discipline and morale in enemy units."

The document, obtained under the US Freedom of Information Act, is now drawing scorn and ridicule on the Web.

The Department of Defence played down the proposal, which was unearthed by the Sunshine Project, an organisation based in Texas and Germany that monitors research and development of biological weapons."

The DoD never 'investigated' such a concept, rather one individual provided a short concept paper with a wide variety of examples that was rejected," military spokesperson Lieutenant Colonel Brian Maka told AFP.

Maka pointed out the idea was one of several proposals for non-lethal weapons, including a chemical product that would make enemies highly sensitive to sunlight, or another that would make bees particularly aggressive and prone to attack humans.

But Edward Hammond, of the Sunshine Project, insists the Pentagon is not being truthful. "These statements are untrue. The proposal was not rejected out of hand. It has received further consideration," he said on the group's Web page.

Hammond says the concept was included in a promotional CD-ROM on non-lethal weapons in 2 000 and was submitted to the National Academies of Science the following year.

Bloggers are now having a field day with the love weapon.

"If we have a spare gay bomb, why not drop one in the mountains of Afghanistan," asked one blogger, who described himself as a black homosexual living in Washington."

The idiot who came up with the idea really should be bitchslapped and forced to listen to Judy Garland records for the rest of his life," Ed Brayton wrote on the Huffington Post website.

But not everyone is amused.

"My sense is that the story speaks to the Pentagon's outdated ideas about sexuality, and about the relationship between sexuality and being a good soldier," said Aaron Belkin, a political analyst at the University of California in Santa Barbara."

In March, General Peter Pace, the Chairman of the armed forces' joint chiefs of staff called homosexuality "immoral" in an interview with the Chicago Tribune that stirred renewed controversy and rekindled debate over legislation allowing homosexuals in the military as long as they don't discuss their sexual orientation.

A Democratic motion calls for a reform of the so-called "Don't Ask, Don't Tell" legislation adopted in 1993 under then-President Bill Clinton.- Sapa-AFP

The statement below makes sense to me.

I am not a scientist, biologist, or familiar with the technology mentioned in this article. But, I doubt that any weapon, gas, or bomb would turn heterosexuals into homosexuals, although I do not doubt that this bomb could potentially do tremendous physical and psychological damage to people. From a Biblical Christian perspective, homosexuality comes from a corruption of nature as in Romans 1:24-32, and it is stated in 1 Corinthians 6:9-10 that homosexuals shall not inherit the Kingdom of God. It can be reasoned that homosexuality is one result of a corrupt nature and resulting wrong choices and acts. Even if the gay bomb could alter heterosexual persons significantly to be sexually confused and interested in homosexuality, it would not mean that other religious, moral, and social factors would not prohibit persons from abstaining in being involved in homosexual acts. I have known persons that have struggled with homosexual desire, but in Christ have avoided this sin. I am thankful that I have no such desire, but as with many men, heterosexual desire can be a struggle.

The idiot who came up with the idea really should be bitchslapped and forced to listen to Judy Garland records for the rest of his life," Ed Brayton wrote on the Huffington Post website.

When I think about the term the gay bomb, I am reminded of the Maxwell Smart movie, The Nude Bomb (1980).
Posted by admin