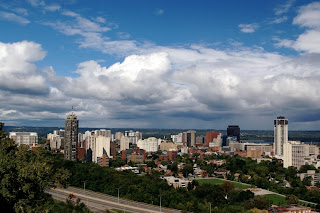 It looks as if Jim Balsillie will have a very difficult time attempting to move the Nashville Predators to Hamilton, Ontario, Canada. Balsillie has offered far more than the team is worth, and yet is facing roadblocks. This is not a Canada vs. United States issue in my mind, but an issue of the philosophy of running a professional sports league. Should a league primarily have teams in traditional markets, existing within one's means and slowly building, or should it place several teams in non-traditional markets as well?

Balsillie's offer to Leipold falls somewhere in the $220 million to $238 million range, well above Forbes Magazine's estimated value of $134 million and significantly higher than his bid of $175 million for the Pittsburgh Penguins earlier this year.

The Stanley Cup-champion Anaheim Ducks were sold for $70 million in 2005.

Imagine the immense pressure being exerted on Craig Leipold, the man who no longer wants to own the Nashville Predators.

On one hand, the NHL, through misguided commissioner Gary Bettman, is leaning on Leipold daily not to sell the Preds to Waterloo billionaire Jim Balsillie.

Bettman is operating on an ABB (Anyone But Balsillie) basis, uncaring that the Predators are being dismembered, sold off piece by piece, while he tries to make sure the team moves anywhere but Southern Ontario.

Let's be clear. Bettman doesn't care if the Preds are turned into a hollow shell next season. He cares only about directing them to Kansas City or Las Vegas or some other place that won't care about them very much.

Leipold has long been one of Bettman's favourites, a member of the inner circle during the lockout, and he would prefer to leave the lodge on the receiving end of a warm handshake rather than a curse.

On the other hand, Leipold's a businessman, and Balsillie has offered him $30-50 million (U.S.) more for the Preds than anyone else.

So while confusing reports last night initially indicated Leipold no longer wanted to sell the team to Balsillie, that was mostly Nixonian-like, mean-spirited NHL spin. These guys play for keeps.

Leipold, to his credit, didn't let the lie last long.

"We did send the NHL a letter today requesting that it not do any further due diligence on Jim Balsillie's offer for the Nashville Predators until we reach a binding agreement," Leipold said in a statement last night after the erroneous early reports surfaced. "If (Balsillie) is interested in reaching a binding agreement, we are prepared to move forward."

That sounded a lot more like "let's make a deal" than "get lost," wouldn't you say?

The reality is that the NHL knows that if Balsillie gets his hands on this team, they're going to have to concoct some other underhanded scheme to keep that club away from Hamilton. So if they can get Leipold to back away, they can pretend as though it all fell apart through no doing of theirs.

Clever, these fellows. Too bad they don't use their cleverness for the good of the sport a little more often.

Bettman and Co. should be embarrassed, of course, by what is happening with the hockey club in Music City. Last summer, the Preds were an aggressive buyer, picking up Jason Arnott and J.P. Dumont, and they further identified themselves as a serious player in February by adding Peter Forsberg.

This week, they sold off negotiating rights to Scott Hartnell and Kimmo Timmonen, and yesterday No.1 goalie Tomas Vokoun was peddled to Florida for draft picks.

"The direction is obviously to have a low payroll," GM David Poile told TSN last night, noting that Leipold is "an owner who doesn't want to be the owner anymore."

Clearly, such an approach won't help the Preds increase fan interest to reach the important 14,000 fans-per-game level next season, which will probably force the team to break its lease and move.

Let's be clear. This franchise has been totally destabilized by Bettman's unwillingness to even consider than another team in Southern Ontario could be good for the game and his league.

Defeating Bob Goodenow in the lockout, it would appear, has emboldened Bettman to new levels, making him believe he can manipulate any process to his preferred conclusion.

Balsillie was completely caught off guard by yesterday's developments, but probably not surprised the NHL twisted Leipold's original letter into something that made Balsillie look bad.

This game is getting nastier by the day.

The NHL is committed to several American southern non-traditional hockey markets in the unlikely hope that hockey will one day be a national sport in the entire US and very popular on national T.V. As a result, Canada must be negated, even though Hamilton would be a very successful franchise. Canadian franchises do not assist in the American dream, and do not generally draw well in the US. This American dream is likely to largely fail, as there is little evidence that major sports leagues can mainly develop in non-traditional markets. Look at the NFL, MLB, EPL, Serie A and others, these leagues basically began in regions where the sport had its early years and is part of culture. It seems unlikely professional hockey will ever be a national sport in the US since it has been there almost as long as in Canada.

A 'related' cartoon from 1949. Long-Haired Hare