A rectitude of conduct, 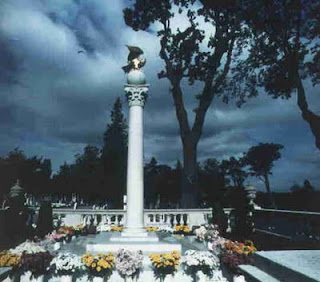 A rectitude of conduct, an abiding sense of undeviating justice, unobscured by the demoralizing influences which a corruption-ridden political life so strikingly manifests; a chaste, pure, and holy life, unsullied and unclouded by the indecencies, the vices, the false standards, which an inherently deficient moral code tolerates, perpetuates, and fosters; a fraternity freed from that cancerous growth of racial prejudice, which is eating into the vitals of an already debilitated society—these are the ideals which the American believers must, from now on, individually and through concerted action, strive to promote, in both their private and public lives, ideals which are the chief propelling forces that can most effectively accelerate the march of their institutions, plans, and enterprises, that can guard the honor and integrity of their Faith, and subdue any obstacles that may confront it in the future.
This rectitude of conduct, with its implications of justice, equity, truthfulness, honesty, fair-mindedness, reliability, and trustworthiness, mustdistinguish every phase of the life of the Baha'i community. "The companions of God," Baha'u'llah Himself has declared, "are, in this day, the lumpthat must leaven the peoples of the world. They must show forth such trustworthiness, such truthfulness and perseverance, such deeds and characterthat all mankind may profit by their example." "I swear by Him Who is the Most Great Ocean!" He again affirms, "Within the very breath of such soulsas are pure and sanctified far-reaching potentialities are hidden. So great are these potentialities that they exercise their influence upon allcreated things." "He is the true servant of God," He, in another passage has written, "who, in this day, were he to pass through cities of silver andgold, would not deign to look upon them, and whose heart would remain pure and undefiled from whatever things can be seen in this world, be they itsgoods or its treasures. I swear by the Sun of Truth! The breath of such a man is endowed with potency, and his words with attraction."

- Shoghi Effendi, The Advent of Divine Justice,
Posted by admin