The purpose of God in creating man hath been, 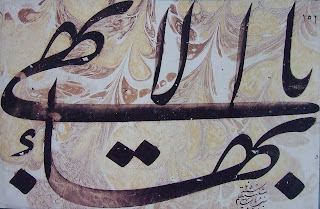 The purpose of God in creating man hathbeen, and will ever be, to enable him to know his Creator and to attain His Presence. To this most excellent aim, this supreme objective, all the heavenly Books and the divinely-revealed and weighty Scriptures unequivocally bear witness. Whoso hath recognized the Day Spring of Divine guidance and entered His holy court hath drawn nigh unto God and attained His Presence, a Presence which is the real Paradise, and of which the loftiest mansions of heaven are but a symbol. Such a man hath attained the knowledge of the station of Him Who is “at the distance of two bows,” Who standeth beyond the Sadratu’l-Muntahá. Whoso hath failed to recognize Him will have condemned himself to the misery of remoteness, a remoteness which is naught but utter nothingness and the essence of the nethermost fire. Such will be his fate, though to outward seeming he may occupy the earth’s loftiest seats and be established upon its most exalted throne. This principle hath operated in each of the previous Dispensations and been abundantly demonstrated…. It is for this reason that, in every age, when a new Manifestation hath appeared and a fresh revelation of God’s transcendent power was vouchsafed unto men.