It hath been decreed by Us that the Word…

It hath been decreed by Us that the Wordof God and all the potentialities thereof shall be manifested unto men in strict conformity with such conditions as have been foreordained by Him Who is the All-Knowing, the All-Wise. We have, moreover, ordained that its veil of concealment be none other except its own Self. Such indeed is Our Power to achieve Our Purpose. Should the Word be allowed to release suddenly all the energies latent within it, no man could sustain the weight of so mighty a Revelation. Nay, all that is in heaven and on earth would flee in consternation before it. 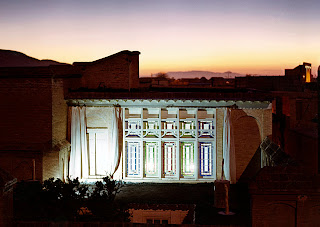 Consider that which hath been sent down unto Muḥammad, the Apostle of God. The measure of the Revelation of which He was the bearer had been clearly foreordained by Him Who is the Almighty, the All-Powerful. They that heard Him, however, could apprehend His purpose only to the extent of their station and spiritual capacity. He, in like manner, uncovered the Face of Wisdom in proportion to their ability to sustain the burden of His Message. No sooner had mankind attained the stage of maturity, than the Word revealed to men’s eyes the latent energies with which it had been endowed—energies which manifested themselves in the plenitude of their glory when the Ancient Beauty appeared, in the year sixty, in the person of ‘Alí-Muḥammad, the Báb.

Gleanings From the Writings of Bahá’u’lláh