Comparative religion in regard to Jesus Christ 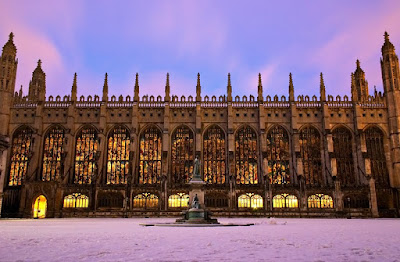 1. Over the holidays I came across this short article from the Saudi Gazette. I will deal with some points from it.

It calls Jesus Christ the Noble Prophet of Islam.

'...On the other hand, modern-day Christians (where the majority are Pauline Christians) consider him to be the “begotten son” of God and worship him as if he is one of the Creator of the Heavens and the Earth.'
And it also states:
'But the Islamic view of Jesus (peace be upon him) is based on what God has revealed to mankind when He said, “Verily, the likeness of Jesus in Allah’s sight is in the likeness of Adam, He created him from dust, then (He) said to him, “Be!” and he was. This is the truth from your Lord, so be not of those who doubt.” (Qur’an 3: 59-60)

So in Almighty Allah’s view, the creation of Jesus is no different from the creation of Adam (peace be upon them). When Allah wants to create something, He only says “Be!” and it is. He can create anything and anyway He pleases.'

E.F. Harrison summarizes the ideas of Jesus Christ as only begotten son as meaning he is unique, all that God is, and is alone this. Harrison (1996: 799). Greek scholar Bauer states 'only and unique' may be quite adequate for all the Johannine uses in regard to Christ being only-begotten. Bauer (1979: 527). 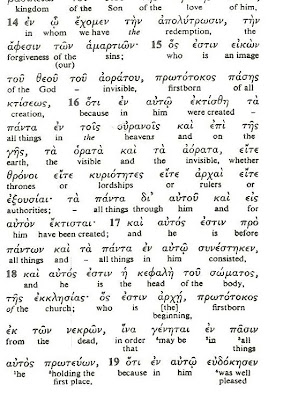 I am not an expert on Islamic texts, but they came about several hundreds of years after the New Testament era and we clearly here within the discipline of comparative religion (not being mean or nasty or disliking Muslims here) have a disagreement. I side with the New Testament concerning Christ and also the Hebrew Bible and the Prophets which came earlier. There is no internal reason from the New Testament to believe that Christ was not God the Son, God the Word. The Islamic ideas were added hundreds of years later externally. Non-Biblically.
The End.
2. I was quite keen on attending Cambridge for many years. I met a very nice older gentleman there in Cambridge that had tea and biscuits with me in 1997 that stated that they would likely accept me for the PhD program if would first do the GRE (Graduate Record Examination). Now at this point I already had 3.7+ GPA with BA and MTS degrees and so I was, to be honest, insulted. But, I was used to being insulted in the UK by this time, and more was to come, and was about to fight back.;) But not with insults, but with God-given success over the next many years. I seriously considered taking the GRE for awhile and actually came back to BC and went to SFU locally and picked up a GRE practice test and started working on some University intro level, mathematics questions, for example. But, I thought about spending months studying University intro level mathematics, science, and English literature etc. to 'prove' I could do a PhD in Theology and Philosophy of Religion when there were no GRE questions related to Theology and Philosophy and thought this very educational and very stupid. So, I said no to Cambridge.

Wales' educational approach made more sense as they had one do the MPhil thesis first and then a PhD. The social sciences and statistics manuals according to my advisor were at a Masters' level. I was not assisted with understanding the texts (cue cards) but my questionnaires and surveys were reviewed by my advisors. And with the post-viva revisions I did review thirty plus scientific journals concerning consciousness. So, granted there was some statistics with my MPhil and PhD and therefore mathematics and there was science in the Doctorate. I have always admitted on these blogs I need to keep learning in many disciplines. There could have been the possibility that at my PhD viva that my examiners were more empirical theologians and more statistical leaning and so that meant I had to have cue cards and have all that studied and memorized for months along with all the other theological and philosophical material. As it turned out one of my examiners was a theologian and the other one was a philosopher and they ended up wanting graphs! So, Cambridge was not completely out to lunch with their approach, but they were still holding the lunch bucket with Scooby-Doo on it, so to speak.
'Shaggy'.

3. From my recent searches to attempt to find more Google/Blogger followers worldwide for which I have made some progress, this is non-scientific, and non-statistical, but having looked at many Christian evangelical blogs, Reformed blogs, and now South American and Latin European blogs, and am deducing 60-70% of bloggers are young women. Does this mean I will change my marketing strategy? My blog content? Nope. But for some of you male Christian bloggers out there. Hint. When you do an article on evil or demons, for example, posting dark imagery all over your blog probably is not going to make your readers feel comfortable and want to come back again and again. Again Christian ministry blogging material outside of standard church fare like on Sunday morning is going to be controversial enough and so one must stay in the truth but always consider the audience. So, I keep telling myself...

BAUER, W (1979) A Greek-English Lexicon of the New Testament, Translated by Eric H. Wahlstrom, Chicago, The University of Chicago Press.