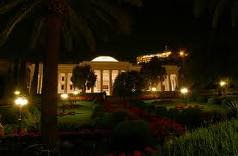 ....... a significant advance in culture, one which we have followed with particular interest, is marked by the rise in capacity to think in terms of process.  That, from the outset, the believers have been asked to be ever
conscious of the broad processes that define their work is apparent from a
careful reading of even the earliest communications of the Guardian related to
the first national plans of the Faith.  However, in a world focused
increasingly on the promotion of events, or at best projects, with a mindset
that derives satisfaction from the sense of expectation and excitement they
generate, maintaining the level of dedication required for long-term action
demands considerable effort.  The expansion and consolidation of the Baha'i
community encompasses a number of interacting processes, each of which
contributes its share to the movement of humanity towards Baha'u'llah's vision
of a new World Order.  The lines of action associated with any given process
provide for the organization of occasional events, and from time to time,
activities take the shape of a project with a clear beginning and a definite
end.  If, however, events are imposed on the natural unfoldment of a process,
they will disrupt its sound evolution.  If the projects undertaken in a cluster
are not made subordinate to the explicit needs of the processes unfolding
there, they will yield little fruit.

The Universal House of Justice.
Dec. 28th 2010
Posted by admin