Unity of the Prophets.

The Bahá’í Faith teaches that the Messengers from God come from the same source, God, to deliver God's Teachings, while also mirroring forth His attributes. In this light, the Bahá’í writings state that the reality of these Messengers of God is the same reality.
Bahá’u’lláh explains the essential nature of the Manifestations of God as twofold: they are at once human and divine. They are divine in that they all come from the same God and expound His teachings (and can thus be seen in the same light), but at the same time they are separate individuals known by different names, who fulfill definite missions, and who are entrusted with particular revelations.
Regarding the relationships of these prophets Bahá’u’lláh writes:

"God hath ordained the knowledge of these sanctified Beings to be identical with the knowledge of His own Self. Whoso recognizeth them hath recognized God. Whoso hearkeneth to their call, hath hearkened to the Voice of God, and whoso testifieth to the truth of their Revelation, hath testified to the truth of God Himself. Whoso turneth away from them, hath turned away from God, and whoso disbelieveth in them, hath disbelieved in God . . . They are the Manifestations of God amidst men, the evidences of His Truth, and the signs of His glory." 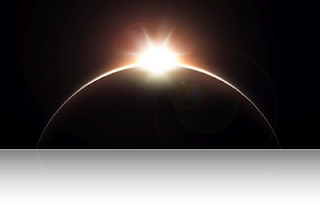 Bahá’u’lláh on the oneness of the prophets:

"The door of the knowledge of the Ancient of Days being thus closed in the face of all beings, the Source of infinite grace... hath caused those luminous Gems of Holiness to appear out of the realm of the spirit, in the noble form of the human temple, and be made manifest unto all men, that they may impart unto the world the mysteries of the unchangeable Being, and tell of the subtleties of His imperishable Essence.

"These sanctified Mirrors, these Day Springs of ancient glory, are, one and all, the Exponents on earth of Him Who is the central Orb of the universe, its Essence and ultimate Purpose. From Him proceed their knowledge and power; from Him is derived their sovereignty. The beauty of their countenance is but a reflection of His image, and their revelation a sign of His deathless glory."

"These Manifestations of God have each a twofold station. One is the station of pure abstraction and essential unity. In this respect, if thou callest them all by one name, and dost ascribe to them the same attributes, thou hast not erred from the truth. ... It is clear and evident to thee that all the Prophets are the Temples of the Cause of God, Who have appeared clothed in divers attire. If thou wilt observe with discriminating eyes, thou wilt behold Them all abiding in the same tabernacle, soaring in the same heaven, seated upon the same throne, uttering the same speech, and proclaiming the same Faith. Such is the unity of those Essences of Being, those Luminaries of infinite and immeasurable splendor! Wherefore, should one of these Manifestations of Holiness proclaim saying: "I am the return of all the Prophets," He, verily, speaketh the truth. ...

"The other station is the station of distinction, and pertaineth to the world of creation, and to the limitations thereof. In this respect, each Manifestation of God hath a distinct individuality, a definitely prescribed mission, a predestined revelation, and specially designated limitations. Each one of them is known by a different name, is characterized by a special attribute, fulfils a definite mission, and is entrusted with a particular Revelation.