Progressive revelation is a core teaching in the Bahá’í Faith that suggests that religious truth is revealed by God progressively and cyclically over time through a series of divine Messengers, and that the teachings are tailored to suit the needs of the time and place of their appearance. Thus, the Bahá’í teachings recognize the divine origin of several world religions as different stages of in the history of one religion, while believing that the revelation of Bahá’u’lláh is the most recent (though not the last), and therefore the most relevant to modern society. 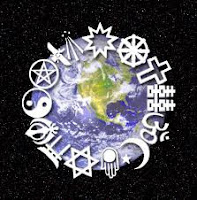 Bahá’ís believe God to be generally regular and periodic in revealing His will to mankind through messengers/prophets, which are named Manifestations of God. Each messenger in turn establishes a covenant and founds a religion. This process of revelation, according to the Bahá’í writings, is also never ceasing, which is contrary to many other belief systems that believe in a finality of their prophet/messenger. The general theme of the successive and continuous religions founded by Manifestations of God is that there is an evolutionary tendency, and that each Manifestation of God brings a larger measure of revelation (or religion) to humankind than the previous one The differences in the revelation brought by the Manifestations of God is stated to be not inherent in the characteristics of the Manifestation of God, but instead attributed to the various worldly, societal and human factors, these differences are in accordance with the "conditions" and "varying requirements of the age" and the "spiritual capacity" of humanity. These differences are seen to be needed since human society has slowly and gradually evolved through higher stages of unification from the family to tribes and then nations.
Posted by admin