The Covenant of Bahá'u'lláh 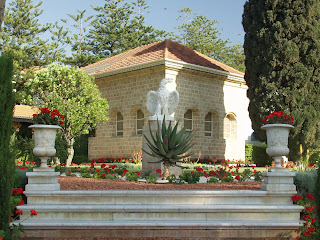 "So powerful is the light of unity," Bahá'u'lláh declared, "that it can illuminate the whole earth."1 "We, verily," He further stated, "have come to unite and weld together all that dwell on earth."2 Bahá'u'lláh made the oneness of humankind the central principle and goal of His Faith, an emphasis that implies the organic and spiritual unity of the whole body of nations and signalizes the "coming of age of the entire human race."3
Humanity's evolution has been marked by such progressive stages of social organization as family, tribe, city-state and nation. Bahá'u'lláh's express purpose was to usher in the next and ultimate stage, namely, world unity -- the harbinger of the Great Peace foretold in the world's religions. As the Word of God as revealed by Bahá'u'lláh is the source and impetus of the oneness of humankind, so the Covenant He has established is the organizing principle for its realization.
Bahá'u'lláh's Covenant guarantees both unity of understanding of His Faith's fundamental doctrines and actualization of that unity in the Bahá'í community's spiritual and social development. It is distinguished by its provision for authentic interpretation of the sacred texts and for an authorized system of administration, at the apex of which is an elected legislative body empowered to supplement the laws revealed by Bahá'u'lláh.
This Covenant is the most remarkable feature of His Revelation, for it is designed, unlike any religious system of the past, to preserve the unity of all humanity through the organic workings of a social order based on spiritual principles. "So firm and mighty" is this Covenant, Bahá'u'lláh's son `Abdu'l-Bahá has affirmed, "that from the beginning of time until the present day, no religious Dispensation hath produced its like."4 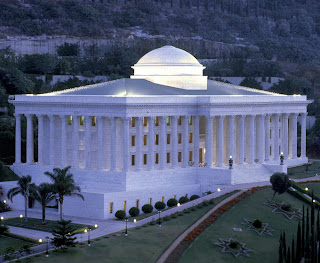 The Bahá'í Faith is thus the first religion in history that has survived its critical first century with its unity firmly established. "Were it not for the protecting power of the Covenant to guard the impregnable fort of the Cause of God," said `Abdu'l-Bahá, "there would arise among the Bahá'ís, in one day, a thousand different sects as was the case in former ages."5 But in this Revelation, Bahá'u'lláh's Covenant is the magnet that draws the hearts of its followers together.
Posted by admin