All religion is the same? Nope.

Saudi Arabia. Lovely desert from the birthplace of Islam.
October 30, 2010

My name and thekingpin68 blog cited on #1 blog-Huffington Post.com (according to Technorati).

Huffington Post
My thekingpin68 theology blog
From (edited):
CNN teens executed
October 29, 2010
'(CNN) -- A Somali militant group publicly executed two teenage girls Wednesday after accusing them of being spies for the Somali government, according to the group, eyewitnesses and a relative of one of the girls.

"Those two girls were evil and they were spies for the enemy (the Somali government), but the mujahedeen caught them and after investigation, they admitted their crime, so they have been executed," said Sheikh Yusuf Ali Ugas, commander of Al-Shabaab in Beledweyne, a town in central Somalia.

The teens were blindfolded with their hands behind their backs against a tree, and shot, according to a local journalist.

A resident of Beledweyne told CNN that Al-Shabaab called on the town's residents to come out and watch the execution.

"Hundreds of people came out to watch the execution," he said. "It was very bad ... the girls looked shocked and were crying but [no one] could help."

A relative of one of the teens denied they were spies...'

'Al-Shabaab is waging a war against Somalia's government in an effort to impose a stricter form of Islamic law, or sharia.

Somalia has not had a stable government since 1991, and fighting between the rebels and government troops has escalated the humanitarian crisis in the famine-ravaged country.'
From (edited):
The Australian

'Two accused spies, teenage girls aged 15 and 18, have died amid a fusillade of bullets from a firing squad organised by a hardline Islamist militia in Somalia.

Horrified residents of the town of Belet Weyne, in western Somalia, were forced to watch the execution by al-Shabab on Wednesday. One woman fainted as the girls were gunned down by 10 masked executioners.

"Those who watched the event could not bear the painful experience. Two very young girls were shot as they watched and no one could help," said Dahir Casowe, a local elder...'
'Only shortly before the executions, Sheik Mohamed Ibrahim sentenced the girls to death for spying for government soldiers fighting al-Shabab. The only qualifications Ibrahim needed to be appointed a judge by al-Shabab were that he be male and know the Quran...' 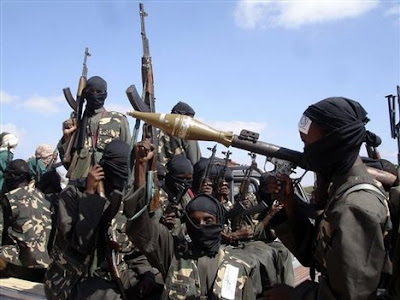 Online sometimes I read certain critics, some of them atheistic, some not, that like to lump all religions together as if the choice is between being an atheist and intelligent and a theist and an idiot. I should point out in my MPhil and PhD theses research I came across both intelligent atheists and theists.

Some of these more radical atheists and radical anti-religionists often to varying extents try to connect those like the Somali rebels and their radical Islamic law with someone like myself that is a Christian theologian, philosopher of religion and Biblical scholar.

Well, for both the non-believing critic and Christian reader, I will point out some differences. I am not going to compare all of Islam to all of Christianity. I realize not all Muslims act like these Somali rebels and not all Christians have my beliefs and actions.
Admitting we are both monotheists...
Here are some very non-exhaustive comparisons:
1. These Somali rebels are seeking to overthrow a present government and establish one based on their religious and political worldview.
'Al-Shabaab is waging a war against Somalia's government in an effort to impose a stricter form of Islamic law, or sharia...'
Romans 13: 1-6

Be Subject to Government

1Every (A)person is to be in (B)subjection to the governing authorities For (C)there is no authority except from God, and those which exist are established by God.

2Therefore whoever resists authority has opposed the ordinance of God; and they who have opposed will receive condemnation upon themselves.

3For (D)rulers are not a cause of fear for good behavior, but for evil. Do you want to have no fear of authority? Do what is good and you will have praise from the same;

5Therefore it is necessary to be in subjection, not only because of wrath, but also (F)for conscience' sake.

6For because of this you also pay taxes, for rulers are servants of God, devoting themselves to this very thing.
F.F. Bruce explains that according to Paul in Romans the state is given the divine ordinance to govern. Christian obedience is actually a way of serving God. Bruce (1985)(1996: 221).
Cranfield notes that pagan imperial state was still divinely appointed by the Biblical God in Paul's theology. Cranfield (1992: 322).
Mounce states similar (1995: 243-244), but acknowledges a government will sometimes overstep what is its 'rightful domain'. Mounce (1995: 244). He lists the religious disobedience of Peter and John in Act 4:19 as being proper. So, proper Christian worship, and the right to do so takes divine priority over the rule of the state.
My following of Romans 13 would rule out my involvement with a group and/or organized Christian military rebels to trying better establish Christian rules and laws within the Lower Mainland, BC, and Canada by force. This in my mind would not rule out participating in the lawful practice of democracy and government.
So...
The Somali rebels are religious and political militaristic revolutionaries.
My religious worldview in regard to propagation is non-militaristic.
Therefore:
The religious views are radically different on the subject of religion and government.
I reason that via Romans 13, I am to obey the state, in my case in Canada, which is secular, as long I am reasonably allowed to follow Biblical Christian standards.
A philosophical argument could be made that a state must maintain law and order in order for a Christian to justly obey it. And the Roman Empire was at times executing Christians and was still, in a sense, maintaining law and order and was therefore to be obeyed.
I would not completely eliminate the possibility that government in extreme cases could be so corrupt that it no longer maintained significant law and order and should not be obeyed.
So...
An establishment of stronger Islamic law and new government is a goal of the Somali rebels.
My religious view allows for civil disobedience only in extreme cases.
Therefore:
The religious views are radically different on the subject of religion and government.
2. I would not shoot or sanction the shooting of teenage girls or anyone simply they were supposedly spies.
They were the ages of 15 and 18, and so by international standards the 15 year old was a child and the other barely an adult. Even if a real crime was committed, which is VERY questionable, certainly it was not worthy of execution.
So...
The Somali rebels are interested in arbitrary and brutal political and religious punishment.
My religious worldview is interested in the protection and betterment of young teenage girls, adult or not.
Therefore:
The religious views are radically different in regard to human welfare.
3. I would not shoot or sanction the shooting of two young teenage girls because their religious views were different than mine.
Mark 12 and Matthew 22 both feature Jesus Christ commanding his followers to love God first and foremost, in modern terms all their spirit and mind, and other persons as much as self.
So...
The Somali rebels were not concerned with loving these teenage girls in a religious sense, and had a misguided sense of justice.
My religious view is attempting (and not succeeding perfectly) at the highest divinely inspired human forms of love and justice.
Therefore:
The views are radically different in regard to religious toleration.
Further:
It would seem that actually maintaining law and order, as in Romans 13, would be the only reason for me to perhaps to kill someone if an authorized officer of the state, either police or military, or like, was not immediately present to prevent loss of life.
BRUCE, F.F. (1985)(1996) Romans, Grand Rapids, William B. Eerdmans Publishing Company.
CRANFIELD, C.E.B. (1992) Romans: A Shorter Commentary, Grand Rapids, William B. Eerdmans Publishing Company. 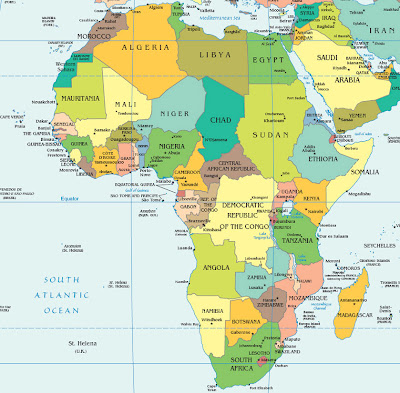