1. I visited Carson City, Nevada several years ago with Saint Chucklins of Ditch. We were in a hockey draft with my brother in Reno. Being the good fundi-Menno Chuckles was not into gambling, and I was not into it either, having been told it was sin by a professor at Canadian Baptist Seminary and by a Mennonite professor at Columbia Bible College.;) Well, I actually am not into wasting money. We were therefore bored with Reno and found a lot of the hired help rude. In Carson City, I wondered where Johnny Carson was that day. We had to use the washroom and there was no public washroom, so we quickly dashed into a steakhouse restaurant in a fancy old building. I went but Cardinal Chucklins took longer. There was a sign stating that the facilities were for the use of patrons only.

When were both done the owner chased us down the street threatening to have Pope Chucklins, the Innocent arrested. I said something along the lines of 'Go ahead we are from Canada'.:)

2. I saw a couple of stories on this group on CNN.com and watched a couple of videos. I am no expert on the story or the cult. That is not primarily what this post is about.

To quote parts of the article:

'Los Angeles, California (CNN) -- A group of 13 Salvadoran immigrants missing in southern California amid fears that they planned a cult-like mass suicide have been found alive, unhurt and upset to find they were the subjects of an extensive search.

Authorities had been scouring the Palmdale area of northern Los Angeles County on horseback and by helicopter Sunday in search of the group, which included eight children between the ages of 3 and 17, said Steve Whitmore, a spokesman for the Los Angeles County Sheriff's Department. A resident spotted one of the vehicles identified in the lookout at a park and notified the sheriff's department, he said.'

'The search began Saturday afternoon, when the husbands of two women in the group reported them missing, the Sheriff's Department said. One of the men said their wives were part of a "cult-like group" and had been "brainwashed" by its leader, and Whitmore said the wife left a purse with her husband and asked her "to pray over" it.

When the husband opened the purse, he found money, mobile phones and notes that "talked about meeting Jesus, talked about deceased relatives soon to meet up," Whitmore told CNN earlier Sunday. That raised concerns that the group members planned to take their own lives, he said.'

The husbands told investigators that the group had broken away from a Christian church in the Los Angeles area "and formed a separate group that included both traditional and non-traditional practices and beliefs," the Sheriff's Department said Saturday. Its leader, whom investigators identified as Reyna Marisol Chicas, had taken her followers on a similar outing six months ago "in the apparent belief that there was going to be a major earthquake."'

Quote from the Los Angeles Times:

'But she said some congregants would meet separately, in their own prayer groups outside the church, and among those groups beliefs could vary. Chicas, she said, never took on a leadership position at the church beyond greeter at Sunday services, but may have been more assertive within a prayer group.

Chicas had slowly severed social ties with the couple -- no longer wanting to drink or go out as they used to.

They last saw her at the church about six months ago.'

Now, with the following:

'he group had broken away from a Christian church in the Los Angeles area "and formed a separate group that included both traditional and non-traditional practices and beliefs,'

'But she said some congregants would meet separately, in their own prayer groups outside the church, and among those groups beliefs could vary.'

Those of you that know me personally, and those of who read my blogs, thekingpin68 and satire and theology, will quite possibly realize I am a non-conformist, free-thinker and although I am teachable, I do not primarily let others do my Biblical Studies, theology and philosophy for me.

However, I am still a traditionalist. At least in the sense that I reason the Scripture was inspired by God, presented historically through prophets, apostles and Scribes, and that the Word is the living God that also became incarnate and is the risen Lord. This living Lord does work through his Church. That is present tense.

Based on this view, my Biblical work, theology and religious philosophy is historically grounded and therefore it has an objective aspect and is not primarily subject to my personal thoughts and interpretations. Of course I interpret but it is through a historical Biblical lens, with the assistance of the Church through scholarship, preaching, and personal interaction.

I value the observations and views of others that share in the appreciation of Scripture in context, and I am not my own island when it comes to Biblical Studies, theology and philosophy of religion (the secular perspective on religious philosophy).

I therefore do not favour a break away from the Christian Church with the formation of personalized little groups. I am against cult-like Christianity and cultic pseudo-Christianity.
In addition:
I do not have a problem with the formation of independent churches or new denominations when it is for the sake of Biblical truth. But, this needs to be done with a view that the worldwide unofficial Church of Christ should not be abandoned. Where there is agreement on essential doctrines there can still be fellowship, intellectual fellowship at least, even when there is disagreement on secondary issues.
3. Battle of the Bulbs 2010 (TV)
Part of this movie is being filmed across the street Friday, and is why there is no parking...'exciting'.
4. Satirical and serious photos 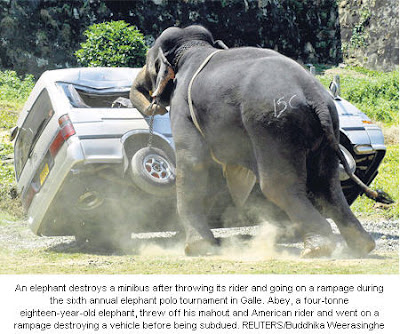 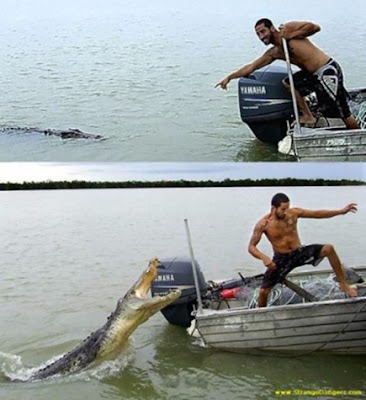 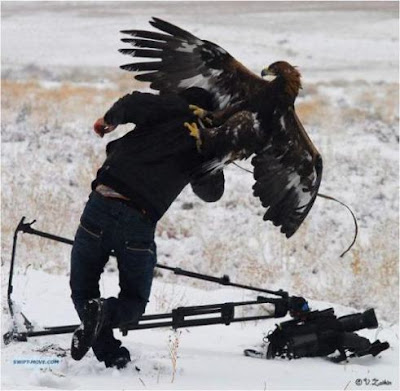 I think he got too involved with his shoot. 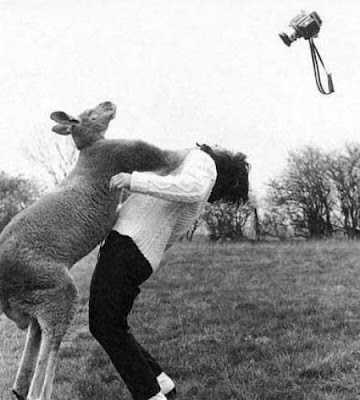 Is this the same person again? 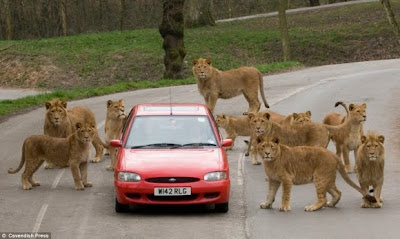 I would like to see that yappy little dog downstairs yap at this scene. 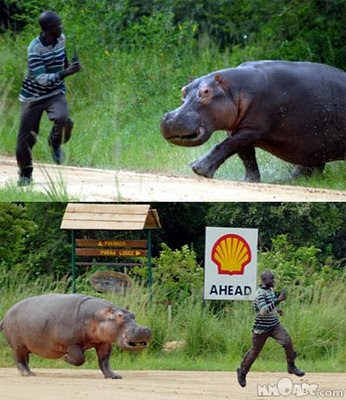 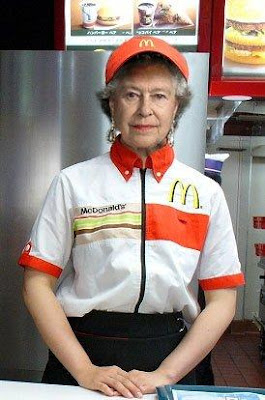 And by McDonald's
I saw this on CNN and then YouTube. More lion attacks, this time
in the Ukraine. In my opinion the children and public should never
have seen this as greater security measures should have
been in place. The weapons used against the lions were insufficient.
Posted by admin