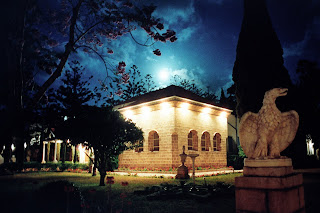 May 29 marks the anniversary of the Ascension of Baha'u'llah, the founder of the Baha'i Faith. The day is one of nine holy days in the Baha'i calendar when Baha'is suspend work and school.
Baha'u'llah's ministry came to an end in 1892. He left to humanity a priceless heritage of spiritual and social teachings, which He claimed would lead humanity to true and abiding peace. He endured decades of suffering to accomplish this mission. As he says In His own words:
"The Ancient Beauty hath consented to be bound with chains that mankind may be released from its bondage, and hath accepted to be made a prisoner within this most mighty Stronghold that the whole world may attain unto true liberty. He hath drained to its dregs the cup of sorrow, that all the peoples of the earth may attain unto abiding joy, and be filled with gladness. This is of the mercy of your Lord, the Compassionate, the Most Merciful. We have accepted to be abased, O believers in the Unity of God, that ye may be exalted, and have suffered manifold afflictions, that ye might prosper and flourish.
He Who hath come to build anew the whole world, behold, how they that have joined partners with God have forced Him to dwell within the most desolate of cities!
About a year prior to His passing, Baha’u’llah revealed His Will and Testament, which named His eldest son, Abdu’l-Baha, as His successor and constitutes the Covenant of Baha'u'llah,
Posted by admin