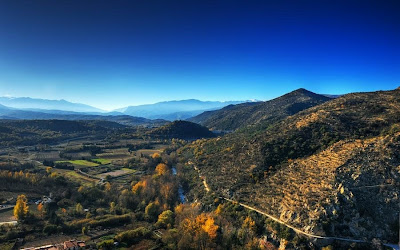 This topic was discussed previously on this blog. But, I have made some changes to the post and have more readers now.;)

Jesus is the mediator of the new covenant in contrast to the old covenant of the Hebrew Bible. (Hebrews 12: 24). The law in particular was only a shadow of good things to come. (Hebrews 10). The law cannot save as shown in Romans 4, but persons are saved through righteousness of faith fulfilled in Christ and by grace through faith in Christ. Galatians 2 mentions the folly of following the law as persons now have Christ. In the Sermon on the Mount, Matthew 4-6, Jesus explains the deeper spiritual meanings of the law. New Testament revelation of Christ/apostles does not contradict the previous revelation.

I conclude that Biblically a flat Bible hermeneutical approach which does not properly interpret old covenant teaching through a new covenant amplification, should be academically rejected for one that takes a progressive revelation approach, in order for one to posses the fullness of God’s Scriptural revelation and the gospel message. Progressive revelation is defined as the understanding that God's self-disclosure is in progression from the Old Testament to the New Testament. Grenz, Guretzki, and Nordling (1999: 96). Therefore the New Testament offers a more complete revelation. The Old Testament is to be understood in light of the fuller teaching of the New Testament. Grenz, Guretzki, and Nordling (1999: 96).

The gospel plan of the New Testament is God’s final Scriptural revelation for humanity. There is therefore no other means of salvation (John 14: 6, Acts 4: 12).

Theologically, as examples, Islam is rejected for reasons such as the denial of key doctrines about Christ, including his deity, and the Latter-Day Saints theology is rejected for reasons such as holding to polytheism and henotheism (belief in more than one God, or the belief that more than one God in existence is possible, although only one is worshipped) which are against Scriptural teaching. (Isaiah 43, 44, 45). Christ as the Alpha and Omega, as the beginning and the end (Revelation 1: 8, 21: 6, 22: 13) demonstrates theologically his nature as the one and only Almighty God. There is only one God in existence and only one God that should be worshipped. Mounce states that this title of Christ in Revelation sets Christ beyond the created order and Christ is also unlimited as The Son and has the same divine nature as the Father (and I would add the Holy Spirit). Mounce (1990: 393).

MOUNCE, ROBERT, H. (1990) The Book of Revelation, Grand Rapids, William B. Eerdmans Publishing Company.
Georgia judge bars release of photos
I do deal with the problem of evil with research degrees and my blogs. Keeping this in mind, I placed the above link in the comments of a couple of posts and am willing to discuss it in comments, but I decided to be sensitive to my readers and not discuss it in the main body.
Again, please feel free to discuss it on here if you wish.

However, I will state that I am glad Hustler was denied and that their request shows an incredible level of moral depravity.


A classic jazz-fusion piece with humorous unintended whistling and ending. I read online from Holdsworth that this album was demos and that a music company exec. came and took the tape away and soon there was an album, without the consent of the artist.

'And we were actually rehearsing in the studio and they were rolling the tape while we were rehearsing on the premise that we'd be able to keep recording and also check things out, but that never happened. At the end of that day, the guy said "Thanks, see ya!" That's why a lot of those tunes don't have any endings—they were rehearsals! That was a complete rip-off.'

Now this is not Biblical. 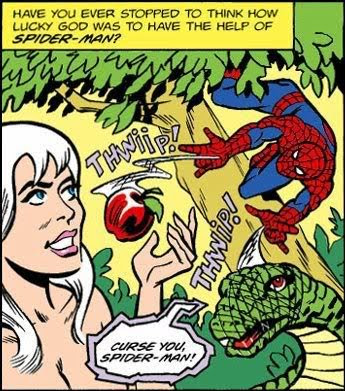