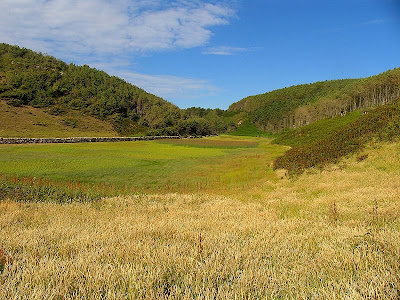 While I was researching my newest article on thekingpin68, I came across this article.

Here are portions and my commentary. Please leave your own comments, cheers.

The two fastest-growing church bodies in the United States and Canada, according to a newly published report, are ones whose beliefs are known to conflict with traditional Christian teaching.

Although Jehovah's Witnesses currently rank 25th in size with over 1.06 million members, they reported a 2.25 percent increase in membership since the publication of the 2007 Yearbook. The Church of Jesus Christ of Latter-day Saints – also known as the Mormon church – grew 1.56 percent and is listed by the NCC as the fourth largest “church.”

Jehovah's Witnesses and the Church of Jesus Christ of Latter-day Saints, regarded by many Christians as cults, reported the largest membership increases in a year, according to the National Council of Churches' 2008 Yearbook of American & Canadian Churches.

Notably, however, both Jehovah’s Witnesses and the Mormon church are not accepted within many Christian circles as part of the larger Body of Christ over a number of controversial beliefs that the two religions hold. Identification of the former religion as Christian, among other controversies, is debated largely due to their rejection of the Trinity, which most Christians regard as a fundamental doctrine. Latter-day Saints, meanwhile, are often criticized for their belief in “divine” books of scripture, aside from the Bible, including the Book of Mormon, the Doctrine and Covenants, and the Pearl of Great Price.

A primary (but not only) reason most Biblical Christian authorities reject Latter-Day Saint religious movements as Christian is the issue of the nature of God. Latter-Day Saints are typically henotheists. Ronald Clements writes the henotheism is a term describing the exclusive worship of one God, while at the same time the existence of many Gods is held to. Clements (1999: 248). Clements provides the opinion that the study of ancient religion does the not produce the concept that polytheism and monotheism present distinct stages in a progression and development. Instead they indicate a contrast of emphasis in complex patterns of religious traditions. Clements (1999: 249). Latter-Day Saints would also be polytheists for believing in the existence of many Gods.

The greatest losses in membership were reported by The Episcopal Church, which dropped 4.15 percent in members, and the Presbyterian Church (U.S.A.), which decreased by 2.36 percent. Both denominations are currently wracked by theological differences and the issue of homosexuality.

I could state more, but I will leave it for comments, and it allows this article to be brief.

Perhaps I should gather some blog links and start canvassing on behalf of thekingpin68. We could wear black shirts, shades, and white tags with thekingpin68 written on them. We would of course all carry concealed wood sticks for protection...from dogs as I do.

We could have a slogan: We are not a cult, but you might be in one. Love, Russ.

BOWMAN, ROBERT M. (1990) Why You Should Believe in the Trinity, Grand Rapids, Baker Book House.