Sick of your congregation? 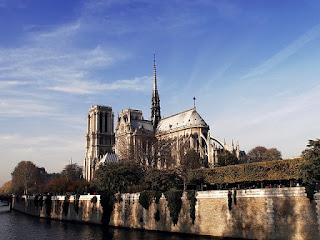 Notre Dame would be a classy place to church plant.

BIG TIMBER, Mont. — Without their consent or knowledge, a pastor in rural Montana has sold his church and congregation on eBay for $3 million.

"I finally got good and sick of them," says Tad Marshall, pastor for 15 years who completed the secret sale last week. "This serves them right. All of them."

But many in the church are stunned by the Marshall family’s sudden departure.

"We had such a good relationship," says Winifred Barnes. "Whenever I called him in the middle of the night to pray for my psoriasis, he was happy to help. I’m surprised he would treat us this way."

"We would stop by for surprise visits every time he had a day off, and his wife was always quick to put a pot of coffee on," says Fred Souther. "We’d sit there and chat for hours. Those were wonderful times."

One woman recalls how Pastor Marshall responded to her plea to visit her ailing mother every day during her prolonged illness at a hospital 78 miles away.

"I don’t think he did it because we threatened to quit the church. I think he was genuinely concerned for Mother even though she was in a coma," she says. "We would sit with her for hours singing hymns to her. I could tell he was blessed by it."

Another longtime member recalls the day a group of women surprised the pastor’s wife with an impromptu shopping trip.

"It was clear she was unable to afford modest clothing, so we charged right in and threw away everything in her closet," she says. "Then we bought her new ankle-length dresses with long sleeves. She cried tears of joy that day. She kept saying, ‘I can’t believe you’re doing this.’ It was a bonding moment for all of us."

Even the board, which had its share of differences with Marshall, recalls him fondly. They say he happily abided by the church’s Dress and Grooming Code, kept sermons to 23 minutes as the board required and even abandoned his use of the New Living translation on Sunday morning.

"Once he understood it is a devilish translation that twists the words of the original spoken English, he said he’d be happy to go back to using the Authorized King James Version," an elder says. "That’s the way Tad was. A real go-along guy."

Friends from out of state say Marshall came to rural Montana hoping to find a friendly lifestyle where he could help good-hearted people grow closer to Christ. Instead he found "an enclave of faux-Christian Pharisees" who demanded he serve their every whim, says one seminary buddy. One day while selling old exercise equipment on eBay to supplement his church income, which had been docked by the board because a service had gone too long, Marshall decided to rid himself of the congregation in a creative way.

His eBay listing emphasized the positive: "This delightful country church sits on 2 acres of land. Comes complete with congregation and 35 regular tithers! Sunday school wing, no mortgage. Bids start at $200,000."

Recent Bible college graduates bid first, hoping to gain a built-in congregation on the cheap. Then several entrepreneurs with ministry ambitions swooped in, driving the price up. Kevin Silver, a 39-year-old former Internet company founder, won with a last-minute bid. He is looking forward to "leaving the spiritual corruption of the big city behind" and taking the helm of the rural congregation.

"I always wanted to serve at a little country church where decent people just want to pursue God," he says. "My wife and I are looking forward to settling into community life and getting to know these wonderful folks. This will be a great second chapter of life for us."

Chucky: I think a lot of pastors may get a kick from this article...

Well, I have never called my pastor at 3 a.m. in the morning to ask him to pray for me concerning a battle with constipation. I have never been on my pastor's case insisting that he only teach that 17th Century English Bible. So, did God not only inspire the original Biblical Scripture, but also the 17th Century English Authorized King James Version of 1611? If God did not inspire the Authorized King James Version did he at least bless it in such a way that it was the one and only authoritative version of the Bible? I mainly read The New American Standard Bible and reason I should review all relevant Greek manuscripts and related translations if need be. I do use the King James Version as well.

The King-James-Only Movement is a position, usually of Fundamentalist Protestant Christians of English-speaking countries, which rejects all modern versions of the Bible, accepting only the King James Version (KJV), also known as the Authorized Version (AV), as the one and only true and correct Bible. 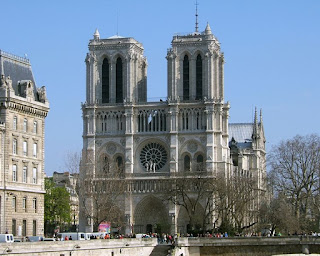