United Kingdom, one of five places not to raise children 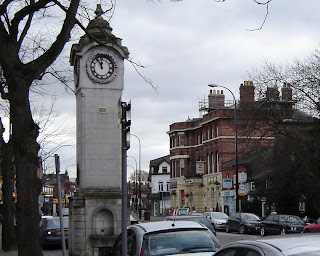 According to the Foreign Policy article below, the United Kingdom is placed on a list of five places on this planet among the worst for bringing up children. I am skeptical. On a personal level, there are many fine things about living in the UK. I enjoyed my Christian friends there, the friendliness of most people, pubs, parks, scenery, the food, and football. I have not grown up in the UK, but have British citizenship through my father. Here in the Lower Mainland of British Columbia we definitely have serious social problems, but I lived in Manchester for two years and it seemed worse there than here on the surface. The article lists pregnancy as a problem, and I was amazed that so many apparently teenaged girls were pushing baby strollers, and then heard on BBC radio that a part of Greater Manchester had at the time (1999-2001) a very high teen pregnancy rate, if not the highest rate compared to the rest of Europe. I was surprised that on more than one occasion, that I, a man in my early thirties at the time, was approached on the street by girls that looked in their teens, in a rather suggestive manner. Greater Vancouver is a generally liberal society, but Manchester appeared to even more liberal. There was a rumour that one of my neighbours in Gorton, who was tied to his chair, beaten and murdered, was killed for committing sexual acts with teenaged girls. This was strongly denied by a local shop owner, but in that culture I could understand how such rumours would occur.

Cynically and Satirically, I reason as the article indicates, that there must be many Asian and African countries that should be on this list ahead of the United Kingdom and that it was placed on this list somewhat for publicity reasons. Controversy sells, and controversy gets attention. My deduction is that the United Kingdom has serious problems, but I would rather bring up children there presently than Pakistan or Kenya, and many other Asian or African countries. I would imagine that many of you readers think the same way. One cannot compare having to put up with the smell of a cheap fish and chips shop (there are good pubs that sell excellent fish and chips) to having one potentially murdered due to political and/or religious views or ethnic background. One may be mugged in Britain, but it will generally not be due to discrimination, mate.;)

The List: The World’s Worst Places to Be a Kid

Growing up is never easy, but imagine trying to make the long journey into adulthood in the middle of a war zone or while holding down a dangerous, backbreaking job. FP surveys five places where you’ll never want to raise your children.

The problem: Malnutrition among children has doubled since the beginning of the U.S. occupation.

The cause: The scarcity of fresh water and the collapse of the Iraqi heathcare system, leaving Iraq’s kids now more undernourished than children in Haiti and Uganda. A decade ago, the biggest health concern for Iraqi kids was obesity. Today, when an empty dinner plate isn’t harming their health, the constant threat of being swept up in the violence does the trick. Reliable stats are hard to come by, but the United Nations estimates that women and children make up 20 percent of all Iraqi casualties.

What needs to be done: Rebuild schools and hospitals, and repair water-purification plants.

The problem: One in eight kids will die before the age of 5, according to the United Nations.

The cause: AIDS and poverty. Zimbabwe once had one of the best healthcare systems in Africa, but skyrocketing inflation caused by Robert Mugabe’s misguided economic policies and a 3,000 percent increase in healthcare costs in recent years have destroyed Zimbabwe’s hospitals. Today, food shortages, lack of medicines, and a failing education system leave Zimbabwean kids with tragically bleak futures, and thousands make the dangerous trek to South Africa each year in search of a better life. To make a miserable situation even worse, one in five children has been orphaned by AIDS.

What needs to be done: Zimbabwe needs more resources for HIV education and prevention efforts that encourage long-term change in risky behaviors, along with new investments in hospitals. Sane fiscal policies to stop the hyperinflation that has destroyed Zimbabwe’s economy wouldn’t hurt, either.

Democratic Republic of the Congo (DRC)

The problem: Child soldiers. About 40 percent of all soldiers in the DRC are kids, half of them young girls who have been forced into sexual slavery.

The cause: The legacy of war. Guerilla and paramilitary forces kidnapped approximately 30,000 children for use as fighters, guards, and sex slaves during the country’s second civil war, which ended in 2003. Despite a formal end to the conflict, the use of child soldiers persists, as groups opposed to the government continue to force children to fight. Those who have escaped the fighting often find it extremely difficult to reintegrate into society, and many wind up on the streets. More than 20,000 street children live in Kinshasa, the capital, where they suffer from malnutrition and physical and sexual abuse.

What needs to be done: The DRC, after decades of war, needs to make permanent peace and establish programs to rescue child soldiers and reintegrate them into normal life. As for the street children, the government and international aid organizations have launched a campaign to make the public more aware of their plight, and they are targeting their abusers. Law enforcement officials, instead of throwing these kids into prison with adults, are working to rehabilitate dilapidated juvenile detention centers.

The cause: Economic growth and urbanization. As economies throughout Asia have grown dramatically in recent years, the demand for cheap labor has exploded. In many cases, children meet that demand. The problem is most acute in India. Most child workers there are migrants from rural areas, and they work shifts as long as 16 hours for pittances, generally less than $2.50 a day. The government has gone so far as to ban the practice, but it has had little success in combating it. Police generally ignore the problem, and even when a factory exploiting child laborers is shut down, another appears in its place.

What needs to be done: The Indian government recognizes the problem, and last year amended its Child Labor (Prohibition and Regulation) Act to expand on what constitutes child labor. However, without enforcement, the practice will continue unabated.

The problem: Smoking, drinking, and getting pregnant.

The cause: Kids in Britain, while far better off than most children in the developing world, are in shockingly bad shape compared with their counterparts in other high-income countries. According to a recent U.N. report, Britain is the worst nation for children among 21 economically advanced countries around the world. The report found that Britain ranks worst in the number of kids who smoke, abuse alcohol and drugs, have unprotected sex, and get pregnant at a young age. It also found that kids in Britain have poor relations with their parents and friends, and that nearly a third have no desire to do anything but unskilled work. What’s more, 3.8 million kids in Britain are living in poverty, despite extensive government antipoverty efforts.

What needs to be done: Britain has launched an initiative called Sure Start aimed at improving the lives of children. The goal of the program is to raise the overall quality of life for kids through parental counseling, day-care services, and health and prevention education. Critics have charged that it’s ineffective, but Prime Minister Gordon Brown continues to champion the plan.