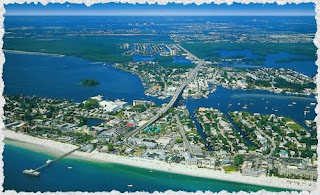 Hello from Orlando, in Central Florida. This will mean little to new readers, but those that have read this blog for awhile will realize that I live in Greater Vancouver in British Columbia. I am here receiving medical treatment for the eyes in South Florida, in the nice town of Fort Myers. The surgery involves laser treatment for vitreous eye floaters. The large floater in my right eye is gone and there shall be more treatment to get rid some of the smaller floaters. The left eye was treated once with few laser strikes, as it does not have serious floaters and the ones it has are not very dense, hard to shoot and near the retina. The main problem was the large floater in the right eye, and that is gone and I now hope to have as few floaters left as possible. It is easier to type this type of article without the massive floater in the right eye. Here is the link for Dr. Scott Geller.

I am back in BC now. The surgery was successful in eliminating the large floaters, but I have several small floaters which the laser cannot strike, or the floaters are too close to the retina. Dr. Geller is an excellent surgeon, and a nice man with a good sense of humour. He did the very best he could with four sessions to eliminate the floaters he could safely remove. He has the knowledge and laser to safely remove viewable floaters and ophthalmologists need to investigate his techniques. As Dr. Geller stated and as I knew previously, a vitrectomy is an option in the process. I now shall pursue a vitrectomy locally to rid myself of the numerous small floaters which are filling my right eye.

The vitreous is a normally clear, gel-like substance that fills the center of the eye. It makes up approximately 2/3 of the eye's volume, giving it form and shape before birth. Certain problems affecting the back of the eye may require a vitrectomy, or surgical removal of the vitreous. After a vitrectomy, the vitreous is replaced as the eye secretes aqueous and nutritive fluids.
A vitrectomy may be performed to clear blood and debris from the eye, to remove scar tissue, or to alleviate traction on the retina. Blood, inflammatory cells, debris, and scar tissue obscure light as it passes through the eye to the retina, resulting in blurred vision. The vitreous is also removed if it is pulling or tugging the retina from its normal position.

-Central and South Florida are humid, as is the Lower Mainland in BC. It is much warmer here in Florida though. I ran a bit the other day and it was a challenge in this weather.

-It is interesting how in the midst of very warm humid days here in Florida that it can rain very hard, harder than it does in the Lower Mainland for the most part. I was soaked traveling to my car from the surgeon's office. But, I would quickly dry off in the car.

-The water here has been good, and the food as well.

-It has been interesting, even with the long 6 hour round trip drives between Orlando and Fort Myers, to experience the landscape of Florida, and for the first time in my life, the tropics, in South Florida.

-It was very nice to see the Gulf of Mexico for the first time. As I expected, it looks to have much scenic potential.

-The drivers here can be quite aggressive, and some persons view it as alright to drive on the grass off of the freeway. Overall, I think Florida drivers are probably slightly better than ones from BC, but that is just an impression. The speeds here are higher and I deduce the driving skill level is as well. The drivers here remind me somewhat of UK drivers, although the speeds are less here. I drive in the fast lane mainly to avoid the many large trucks here! I drive at 80 miles per hour, and in the UK did about 90-110 miles per hour. In BC, 70 miles per hour on a freeway is probably my maximum typically.

-It is good to see Mr. and Mrs. Documentary Man again. I am staying with them in the Orlando area. They are kind of like a Christian version of Meathead and Gloria from 'All in the Family'.;) They are good, intellectual friends.


Rush: By-Tor and the Snow Dog

The wild solo is dedicated to the few crazy Florida drivers I saw. I am thinking in particular of a guy in the black truck who appeared to try to pass a car on the outside left lane by driving on to the thick grass at full speed. The pass did not work!