Predictions, but not mine! 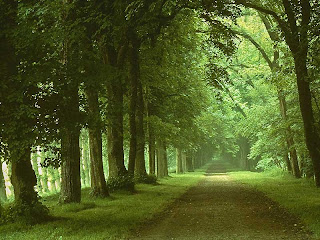 In my view, the predictions below should make one seriously consider the ramifications of human finite knowledge, and the need to rely on the infinite, omniscient, Biblical God, based on Scripture.

"I have always found strangers sexy."
- Hugh Grant, six months before he was arrested with stranger Divine Brown.

"That rainbow song's no good. Take it out."
- MGM memo after first showing of "The Wizard Of Oz."

That one makes me snicker.

"Radio has no future."

"X-rays are clearly a hoax."

"No imaginable commercial value. Who would pay for a message sent to nobody in particular?"
- David Sarnoff's associates in response to his urging investment in the radio in the 1920's.

"You ought to go back to driving a truck."
- Concert manager, firing Elvis Presley in 1954.

"Forget it. No Civil War picture ever made a nickel."
- MGM executive, advising against investing in Gone With The Wind.

"I'm just glad it'll be Clark Gable who's falling on his face and not Gary Cooper."
- Gary Cooper, after turning down the lead role in Gone With The Wind.

"Very interesting, Whittle, my boy, but it will never work."
- Professor of Aeronautical Engineering at Cambridge, shown Frank Whittle's plan for the jet engine.

It is a good thing that this prediction was incorrect.

"We don't like their sound. Groups of guitars are on the way out."
- Decca executive, 1962, after turning down the Beatles.

Well, I wish most of them were out, but there have been a few very good bands over the years.

The Academy Award winning film, was more successful than the ship.

This statement is insulting, and goes even further than the 'dumb blonde idea' below.

"Television won't matter in your lifetime or mine."
- Radio Times editor Rex Lambert, 1936.

It is too bad that televangelists matter in our time!

"Everything that can be invented has been invented."
- Charles H. Duell, Commissioner, US Office of Patents, 1899.

"And for the tourist who really wants to get away from it all, safaris in Vietnam."
- Newsweek magazine, predicting popular holidays for the late 1960s.

"There will never be a bigger plane built."
- A Boeing engineer, after the first flight of the 247, a twin engine plane that carried ten people.

"There is not the slightest indication that nuclear energy will ever be obtainable. It would mean that the atom would have to be shattered at will."
- Albert Einstein, 1932

"With over 50 foreign cars already on sale here, the Japanese auto industry isn't likely to carve out a big slice of the US market."
- Business Week, August 2, 1968

"I think there's a world market for about five computers."
- Thomas J. Watson, chairman of the board of IBM.

"I have traveled the length and breadth of this country and talked with the best people, and I can assure you that data processing is a fad that won't last out the year."
- The editor in charge of business books for Prentice Hall, 1957.

"But what [...] is it good for?"
- Engineer at the Advanced Computing Systems Division of IBM, 1968, commenting on the microchip.

"There is no reason anyone would want a computer in their home."
- Ken Olson, president of Digital Equipment Corp. 1977

"So we went to Atari and said, 'Hey, we've got this amazing thing, even built with some of your parts, and what do you think about funding us? Or we'll give it to you. We just want to do it. Pay our salary, we'll come work for you.' And they said, 'No.' So then we went to Hewlett-Packard, and they said, 'Hey, we don't need you. You haven't got through college yet.'"
- Apple Computer Inc. founder Steve Jobs on attempts to get Atari and H-P interested in his and Steve Wozniak's personal computer.

"This 'telephone' has too many shortcomings to be seriously considered as a means of communication."
- Western Union memo, 1876

I have an 81 year old friend at church and I asked him if he remembers his first 'talkie'.

"Airplanes are interesting toys, but they are of no military value whatsoever."
- Marechal Ferdinand Fock, Professor of Strategy, Ecole Superieure de Guerre

"While theoretically and technically television may be feasible, commercially and financially it is an impossibility."
- American Radio pioneer Lee DeForest, 1926

"The concept is interesting and well-formed, but in order to earn better than a 'C,' the idea must be feasible."
- A Yale University management professor in response to Fred Smith's paper proposing reliable overnight delivery service. (Smith went on to found Federal Express Corp.)

"Professor Goddard does not know the relation between action and reaction and the need to have something better than a vacuum against which to react. He seems to lack the basic knowledge ladled out daily in high schools."
- 1921 New York Times editorial about Robert Goddard's revolutionary rocket work.

"Drill for oil? You mean drill into the ground to try and find oil? You're crazy."
- Drillers who Edwin L. Drake tried to enlist to his project to drill for oil in 1859.

"The abdomen, the chest, and the brain will forever be shut from the intrusion of the wise and humane surgeon."
- Sir John Eric Ericksen, British surgeon, appointed Surgeon-Extraordinary to Queen Victoria, 1873.

No surgeon would operate on my friend Bobby Buff's chest, since it would cut up a muscular 'thing of beauty'...snicker.;)

"What can be more palpably absurd than the prospect held out of locomotives traveling twice as fast as stagecoaches?"
- The Quarterly Review, England, March 1825

"The abolishment of pain in surgery is a chimera. It is absurd to go on seeking it. [...] Knife and pain are two words in surgery that must forever be associated in the consciousness of the patient."
- Dr. Alfred Velpeau, French surgeon, 1839

"Men might as well project a voyage to the Moon as attempt to employ steam navigation against the stormy North Atlantic Ocean."
- Dr. Dionysus Lardner, Professor of Natural Philosophy and Astronomy, University College, London, 1838

I have wondered, did Marilyn Monroe make the 'dumb blonde idea' famous?

Like many popular-culture stereotypes, the origins of this concept are murky. The 1925 Anita Loos novel Gentlemen Prefer Blondes: The Illuminating Diary of a Professional Lady (later used as source for a film by the same name made by Howard Hawks and starring Marilyn Monroe) featured the character Lorelei Lee, a beautiful but empty-headed singer. While some look to this as the source for the concept, in fact, it might be far older.

The following are some predictions from the Jehovah's Witnesses.

1914 with the complete overthrow of earth's present rulership, is already commenced." The Time Is at Hand, page 101 (1908 edition).

1916 "The Bible chronology herein presented shows that the six great 1000 year days beginning with Adam are ended, and that the great 7th Day, the 1000 years of Christ's Reign, began in

1918 "Therefore we may confidently expect that 1925 will mark the return of Abraham, Isaac, Jacob and the faithful prophets of old, particularly those named by the Apostle in Hebrews 11, to the condition of human perfection." Millions Now Living Will Never Die, page 89.

1925 "The year 1925 is here. With great expectation Christians have looked forward to this year. Many have confidently expected that all members of the body of Christ will be changed to heavenly glory during this year. This may be accomplished. It may not be. In his own due time God will accomplish his purposes concerning his people. Christians should not be so deeply concerned about what may transpire this year." The Watchtower, 1/1/25, page. 3.

1926 "Some anticipated that the work would end in 1925, but the Lord did not state so. The difficulty was that the friends inflated their imaginations beyond reason; and that when their imaginations burst asunder, they were inclined to throw away everything." The Watchtower, page 232.

1931 "There was a measure of disappointment on the part of Jehovah's faithful ones on earth concerning the years 1917, 1918, and 1925, which disappointment lasted for a time...and they also learned to quit fixing dates." Vindication, page 338.

1941 "Receiving the gift, the marching children clasped it to them, not a toy or plaything for idle pleasure, but the Lord's provided instrument for most effective work in the remaining months before Armageddon." The Watchtower, 9/15/41, page 288.

1968 "True, there have been those in times past who predicted an ‘end to the world', even announcing a specific date. Yet nothing happened. The ‘end' did not come. They were guilty of false prophesying. Why? What was missing?.. Missing from such people were God's truths and evidence that he was using and guiding them." Awake, 10/8/68.

Matthew 24: 23-24 points out that false Christs and prophets shall arise. Jesus states that they should not be believed.