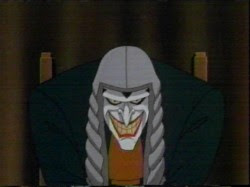 Here we go again! This email just arrived. I thought I would publish this one as an article. The poor 'beggers'.

Dear Sir, Greetings and compliement of the season! In due consideration and trust, I come to you for a profitable business transaction that might interest you. My Name is Zedex Calvaho from the famous Calvaho Family. Calvaho Family is a Polygamous Family and the 6th Richest Family in Sao Tome and Principle. My Father (Late Dr.Tinjankaba Calvaho) died on the 22nd of March, 2003 living Millions of Dollars and Pounds in a Foreign Banks including Large number of Estates and Companies which has already been claimed by the Children's of my Father's First Wife currently parading themselves as the sole Inheritors to our Father's Estates and Funds. This has caused series of problems between our family and the family's of my late father's First Wife and till date, the problem has not been able to be resolved even in Court. However, I have been able to trace our Father's unclaimed Money to the tune of £35.7 million lying at UBS Investment Bank in London. I have conculded every arrangement to claim the funds before the Children's of my Father's First Wife will bounce of the funds for inheritance. In addition, Since the death of our Father, our own side of Calvaho Family has been in a serious severe financial distress because the First family has confiscated all that our father has laboured for the interest of the entire families.

Therefore, It is my wish to present you before the Bank for claiming of this funds on our behalf as our own part of benefits from our Late father's funds so that the funds will be released to your nominated bank account without any further delay. We will offer you 40% of the funds for your kindest assistance should in case if this offer pleases you. This funds is the only hope of our livelihood otherwise we will turn to a begger oneday. Finally, I will appreciate if you will send me your direct telephone numbers for discussion of this deal infurther details.

There should be a Warner Brothers cartoon where Bugs Bunny deals with email scammers!