Behold, how the divers peoples and kindreds of the earth have been waiting for the coming of the Promised One. No sooner had He, Who is the Sun of Truth, been made manifest, than, lo, all turned away from Him, except them whom God was pleased to guide. We dare not, in this Day, lift the veil that concealeth the exalted station which every true believer  can attain, for the joy which such a revelation must provoke might well cause a few to faint away and die. 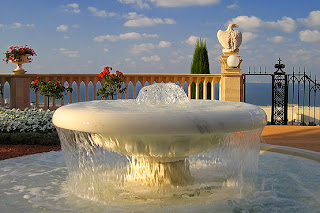 He Who is the Heart and Center of the Bayán hath written: “The germ that holdeth within itself the potentialities of the Revelation that is to come is endowed with a potency superior to the combined forces of all those who follow Me.” And, again, He saith: “Of all the tributes I have paid to Him Who is to come after Me, the greatest is this, My written confession, that no words of Mine can adequately describe Him, nor can any reference to Him in My Book, the Bayán, do justice to His Cause.”
Whoso hath searched the depths of the oceans that lie hid within these exalted words, and fathomed their import, can be said to have discovered a glimmer of the unspeakable glory with which this mighty, this sublime, and most holy Revelation hath been endowed. From the excellence of so great a Revelation the honor with which its faithful followers must needs be invested can be well imagined. By the righteousness of the one true God! The very breath of these souls is in itself richer than all the treasures of the earth. Happy is the man that hath attained thereunto, and woe betide the heedless.
Posted by admin