In a Tablet  Bahá'u'lláh extols the glories of the Festival of Ridván and describes its significance in these terms:

Verily, We have caused every soul to expire by virtue of Our irresistible and all-subduing sovereignty. We have, then, called into being a new creation, as a token of Our grace unto men. I am, verily, the All-Bountiful, the Ancient of Days.

In one of His prayers revealed in Adrianople, Bahá'u'lláh refers to this new creation in these words: 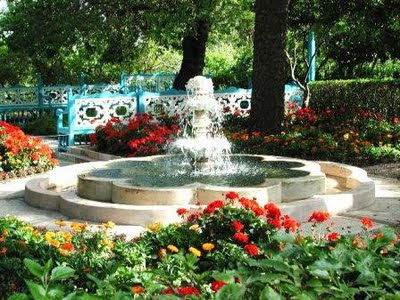 How great is Thy power! How exalted Thy sovereignty! How lofty Thy might! How excellent Thy majesty! How supreme is Thy grandeur--a grandeur which He Who is Thy Manifestation hath made known and wherewith Thou hast invested Him as a sign of Thy generosity and bountiful favour. I bear witness, O my God, that through Him Thy most resplendent signs have been uncovered, and Thy mercy hath encompassed the entire creation. But for Him, how could the Celestial Dove have uttered its songs or the Heavenly Nightingale, according to the decree of God, have warbled its melody? I testify that no sooner had the First Word proceeded, through the potency of Thy will and purpose, out of His mouth, and the First Call gone forth from His lips than the whole creation was revolutionized, and all that are in the heavens and all that are on earth were stirred to the depths. Through that Word the realities of all created things were shaken, were divided, separated, scattered, combined and reunited, disclosing, in both the contingent world and the heavenly kingdom, entities of a new creation, and revealing, in the unseen realms, the signs and tokens of Thy unity and oneness.