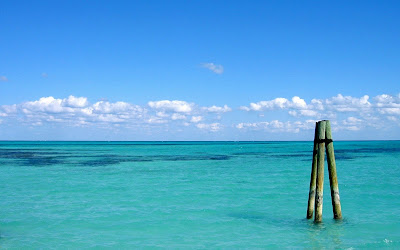 Ontology: Derived from the Greek word for being, and in the 17th century became associated with metaphysics concerned with existence. Blackburn (1996: 269).

If one in Christ died this instant and went to paradise (2 Corinthians 12, Philippians 1, Luke 16, Luke 23). I do not seriously doubt that being in the Lord's presence, the person would be totally without suffering and despair resting in the Lord in a sinless state personally and ontologically. Needs would be met in some spiritual way, but I believe the Lord would be more than enough, as one would await the resurrection (1 Corinthians 15) and the culminated Kingdom of God (Revelation 21, 22).

A problem with our present earthly realm is that we are sinful, live in a corrupted ontological environment and that our needs as Christians are met only within God's will for our good (Romans 8). So, the blind need to see, paraplegics and quadriplegics needs to walk, etc., and cannot. These are actual needs, but God's plans and needs for persons have greater priority.

This divine priority is often misunderstood by persons.

One can show faith, consider the Lord perfect and holy, pray and thank the Lord for blessings, ask to be cleansed of sin, and pray for others. One in Christ can have the peace of knowing Christ, being elected and born again, and it is the greatest occurrence for a human being.

Yet there can be misery and suffering. Because of personal sin? Well, somewhat and sometimes but not necessarily and primarily if one is basically a committed, obedient Christian. This is not necessarily and primarily a free will issue, or even a fallen nature issue. Quite simply like a blind person that cannot see, one can have actual needs that are not met. One can be unfulfilled in certain ways within God's permissible will. I reason within his perfect will, God will provide healing and all needs for persons within the culminated Kingdom with resurrected citizens.

So in conclusion, resting in God and Jesus in this life can be a misunderstood theological concept and a half-truth, if it is deduced to be a remedy to depression via suffering without some type of countering contentment.

I was christened as a child and baptized as an adult. Covered. 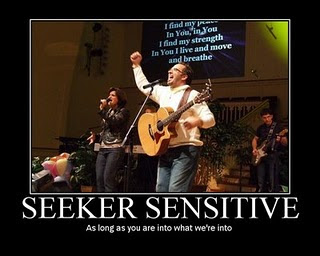 How about seeking theological truth? Oh sorry, that is not cool, baby. 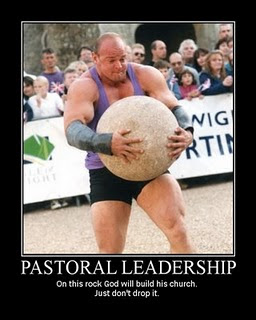 a) This strongman also had to eat the stone within a ten minute period in order to win another competition.

b) This strongman and his competitors formed two teams and played a game of soccer with that stone ball as part of the competition. 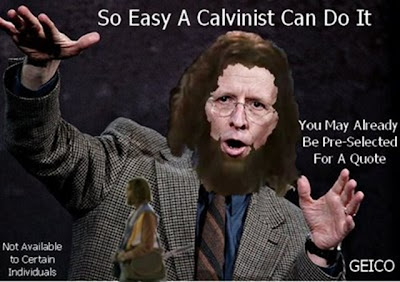 This one made me a laugh. It is satirically pro-evolution and anti-Calvinist at the same time.

In light of a few, not several, past disputes over the last few years I write the following short addition to this post.

Note: I do not expect past disputes to be corrected this way, necessarily, but I would like to document this for the future occurrences. I remain open, however.

I have been blogging with thekingpin68 since 2004, and this blog, satire and theology, 2006. I reason I am a sinner by nature and by choice at times (Romans 1-6), saved by grace through faith (Ephesians 2: 8: 10). I hold to the Reformed view that all my actions are tainted by sin in this realm. I must be born again (John 3) and therefore regenerated by God's choice (Ephesians 1) to be in Christ and am useable by the triune God in basic although not perfect obedience.
Sin can exist with online dealings

Sometimes while blogging, emailing, and using other social media, one's finite nature and yes, sinful nature, can contribute to problems with others, that also have finite and sinful natures.

Questionable integrity can exist online
Online there also exists a difficulty of being able to demonstrate integrity to others that do know one in person. For example, I can say I have integrity but when others do not know me in person and simply read my words, or listen to audio posts, this integrity is more difficult to establish.
One is morally responsible, even if less to blame
I am morally responsible for my thoughts and actions and cannot control the morally significant thoughts and actions of others. Even if I feel I am the less wrong in a given situation/discussion, one or more persons may be able to show me where I have erred in some way, and/or I may be able to show persons where I have not erred, or where he/she has erred. One or both parties may be able to make personal improvements and perhaps reconcile. Each should be willing to discuss the issue, looking at both sides.
Writing can be limited
Simply writing back and forth may not increase understanding. Personally, I am open to Skype or telephone conversation, and I am sure that one could call or email Grace Vancouver Church and ask my pastor about me in some cases if needed.

Now, in my mind when he argued against me and my Reformed views online, my impression of him was that he was quite sure of himself and trying to defeat my Reformed arguments. We sort of made up and he somewhat agreed to consider my points. He did state over time that he wanted to learn from me, but he would argue with me at times. I reasoned we ended up arguing in circles and that he had not read enough commentaries and used enough Biblical tools to see the error of many of his views.

But, very interestingly, when he later called me on the phone, and he has I think four times now, I had to admit that although I still believed I had been correct in calling some of his views heretical, that I had him reasoned out somewhat wrong as a person.

This really hit me, actually.

He was in actuality far less sure of himself when were on the phone, and I realized that what I thought was a rather argumentative nature via print was actually via the phone a nature that wanted to test his points for self-verification and verification by others. I actually found him much less combative and sure of himself on the phone than I deduced him to be online. I reason he was in actuality more teachable by me by having talked to me in person.

I of course learned as well.
In conclusion, the Matthew 18 model should be used to resolve these conflicts:
When the issue of integrity and/or moral and ethical correctness comes to mind, I invite him/her and representatives if required in the situation, to contact me with the method that works. This is based on Matthew 18: 15-17.

'Matthew 18
15 "If your brother sins, go and show him his fault in private; if he listens to you, you have won your brother. 16 "But if he does not listen to you, take one or two more with you, so that BY THE MOUTH OF TWO OR THREE WITNESSES EVERY FACT MAY BE CONFIRMED. 17 "If he refuses to listen to them, tell it to the church; and if he refuses to listen even to the church, let him be to you as a Gentile and a tax collector.'
Posted by admin