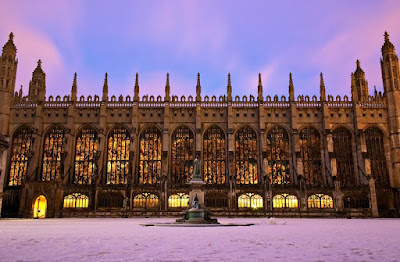 1. Having exhausted laser eye surgery and after almost four years, I will be pursuing a vitrectomy. This is not a vasectomy which I very much doubt I shall ever pursue.

Being as my 'religious convictions' mean if I ever get married we will try to have 12 children...not! But, I do love the little kiddies. By the way, I am not against career women, so do not get any crazy ideas about me!;) I also greatly respect committed mothers, and if need be, women that do both.

The two laser surgeons I visited in the United States (Dr. Geller of Fort Myers, Florida, and Dr. Johnson of Irvine, California) both destroyed several floaters but my eye is filled with floaters and I have been told that there is no laser in existence that could reach the floaters in the back of my eye, safely.

Two local UBC eye surgeons have offered to do the vitrectomy surgery for me. The vitreous jell is removed and replaced with saline solution.

So, in this case a cataract is not to be considered purely in evil terms. It could be considered a problem of evil, but also could ultimately lead to my benefit.

'Floaters clear on their own almost all of the time. Even patients with persistent floaters usually adjust to them. Their is a small group of patients with sheet like floaters and veils that affect their visual function and do not clear even after waiting over a year. In this situation, it is acceptable to consider vitrectomy surgery. Vitrectomy does carry a risk of retinal detachment, infection and bleeding. So the risk of surgery has to be balanced with the potential benefit. This patient understood that and chose to have surgery and was thrilled with the result.' 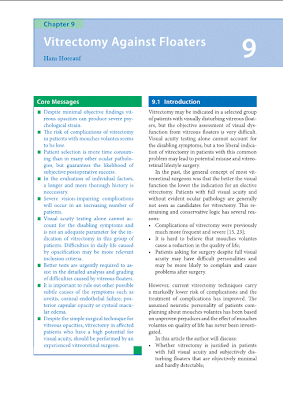 Please click on image (Psychological issues such as depression because of floaters are very important considerations.)

3. Please check out my latest article on thekingpin68.