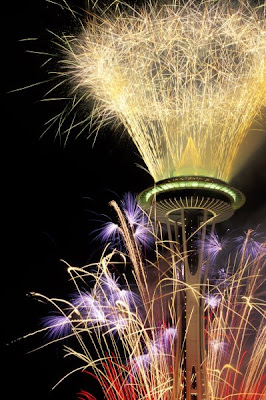 I will be in the US/Netherlands/UK January 10-22

Warning there is variation in volume!

There were too many 'uhs', from the three of us. My first original presentation on thekingpin68 was by myself and without two clowns sitting behind me! I was trying not to laugh and this was take 5! My concentration was better with thekingpin68 audio presentation, but this second presentation was funnier.

Thanks to Chucky and Walter Thomas Frankin for the help.

24"For false Christs and (A)false prophets will arise and will show great (B)signs and wonders, so as to mislead, if possible, even (C)the elect.

R.T. France notes concerning Chapter 24, that a clear aim of the text was to prevent premature excitement about the parousia. France (2001: 334). According to W.R.F. Browning, the term parousia in the Greek New Testament means presence. It is used in the context of the Second Coming of Christ within the eschatological framework which includes judgment and resurrection. Browning (1996: 282). Millard Erickson writes that parousia literally means ‘being by’ and presence, coming or arrival. Erickson (1996: 993).

A rough translation of

France writes that there should not have been an immediate expectation of a close of the age. France (2001: 334).

The site states is the 'About our Church' section:

'Brian has authored a number of scholarly books and monographs and has been published in The Christian Statesman, The Homeschool Digest, Semper Reformanda, Chalcedon Report, The Puritan Journal of Brazil, The New Southern Presbyterian Review and The Counsel of Chalcedon.'

'Our Lord begins the discourse with a word of caution. "For many will come in My name, saying, 'I am the Christ,' and will deceive many" (Mt. 24:5). The disciples are to be on guard for the many false christs and false prophets (Mt. 24:24) who will make their appearance before the destruction of Jerusalem. Tragically, these imposters will be very effective in gaining a following. Did this prophecy come to pass before Jerusalem was destroyed? Yes, it did. Both the Bible and secular historians confirm our Lord's prediction. When the Jewish leader Gamaliel discussed the claims of the apostles regarding Jesus Christ with the council, he said, "For some time ago Theudas rose up, claiming to be somebody. A number of men, about four hundred, joined him....After this man, Judas of Galilee rose up in the days of the census, and drew away many people after him" (Ac. 5:36-37). Luke also tells us about Simon whom the church fathers tell us was a significant false messiah in his day. "But there was a certain man called Simon, who previously practiced sorcery in the city and astonished the people of Samaria, claiming that he was someone great, to whom they all gave heed, from the least to the greatest, saying, 'This man is the great power of God'" (Ac. 8:9-10). "Justin, himself a Samaritan, reports in I Apol. 26.3, Dial. 120.6 that really all his countrymen revered Simon as the highest god. It is clear from the history of his movement that 'the great power' was a Samaritan designation for the supreme deity. Simon declared that this deity had come to earth in his person for the redemption of men." (32) "According to different early writers, he professed to be the Logos, the Messiah, the Samaritan Archangel, and the Power of God personified." (33)

There were so many false teachers in the first century that John could write: "Little children, it is the last hour; and as you have heard that the Antichrist is coming, even now many antichrists have come, by which we know that it is the last hour" (1 Jn. 2:18). The noteworthy phrase, "it is [present tense] the last hour" reveals that the prevalence of false teachers indicated to John that a major eschatological event was about to occur. The only major event that we know occurred shortly after this epistle was composed was the destruction of Jerusalem. (This author rejects the late date (A.D. 92) for the authorship of 1 John).

Although false messiahs and teachers can be found throughout church history, it is the prevalence of such imposters in the first century Palestine that Jesus said is significant as a sign. This prediction was literally fulfilled.'

I can accept that Matthew 24: 24 is primarily discussing within the first century false Christs and is also discussing false prophets that may support a false view of Christ.

But as the Reverend noted, these false religionists can be found throughout history and therefore for 2009 I must be aware that many of these religious teachers still exist. I still accept Matthew 24: 24 as a warning for today.

What is the path of being in the truth to avoid being a false religionist?

God must regenerate one in order that he or she can deeply understand and live spiritual truth. John 2: 7 notes one must be born again. One must be chosen by God as in Ephesians 1 and Romans 8.

This is an act of grace through faith, and prepares one for good works in Christ as in Ephesians 2: 8-10. A person in Christ is regenerated and freely believes and trusts in the Biblical God. This will include a repentance from sin, although I do not reason any believer has a complete grasp on personal sin, but a repentance in general terms should be a result of being regenerated.

First Corinthians 3: 15 indicates quite likely that some Christians are saved but have works that are burned up. The type of foundation in Christ one builds upon will determine the reward as in 3: 10-15.

There is a judgment seat of Christ in 2 Corinthians 5: 10 which is likely for believers sometime after death.

There are false Christs and false prophets and teachers that will ultimately share in the lake of fire in Revelation 20. Those who advocate wrong doctrine not in line with Jesus Christ in Scripture are considered conceited and lacking understanding in First Timothy 6: 3-4.

Christians should ask the Lord for guidance to make sure that the works performed are done in both love (Matthew 22, Mark 12) and with sound doctrine. Second Timothy 3: 16 reminds the reader that all Scripture is inspired by God for teaching and training. The same text in Chapter 2 verse 15 tells one to be diligent and accurately handle the word of God.

Stoke City striker Ricardo Fuller was given a red card for slapping his own team captain, Andy Griffin, in a English Premier League match against West Ham United on December 29th.