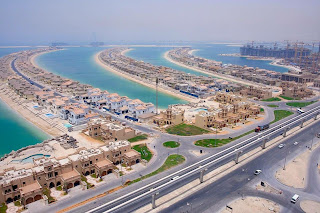 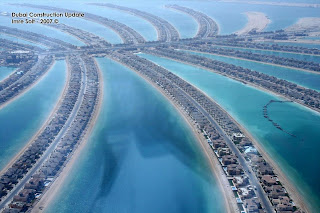 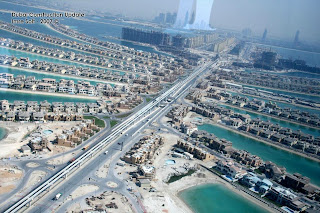 If I lived in one of these houses my daily exercise could consist of swimming laps between my house and the ones across the water. Perhaps I would fish for some meals. I would not want to live in a Muslim country, but I must admit that Dubai does show some ingenuity. If one has guests using the washrooms there would always be alternatives.

Below are some recent comments I have made on other blogs. These are replies I have made to articles written by others, and I provide the blog links.

In regard to Christianity and influence in society:

Few desire church and state to exist as one, or two very closely associated entities. Western countries are primarily influenced by secular philosophy and any notable reliance on religious philosophy is most often viewed as a potential endorsement of a religion. As Christians of the moderate right and left that hold to Biblical concepts we can hope for greater religious influence upon the state without having the state endorse a religion/denomination. In Greater Vancouver where I live the secular philosophy within society is being exposed as greatly contributing to the break down of morality and the family unit.

I wonder how truthful and open with the realities of government a person can be and still get elected in today's western political climate. In Canada, I would reason changes have to take place in government and judicial systems in order for progress to be made in many areas such as dealing with crime.

My thoughts on creation:

Even if I was not a Christian, I would at least be a theist and perhaps a deist since it seems more reasonable the source of finite matter is an infinite, eternal being, rather than the Universe existing from nothing, being unplanned.

I present an opinion on why there is a connection between being liberal politically and theologically. I did not have moderate liberal Christian believers in mind when I wrote this comment.